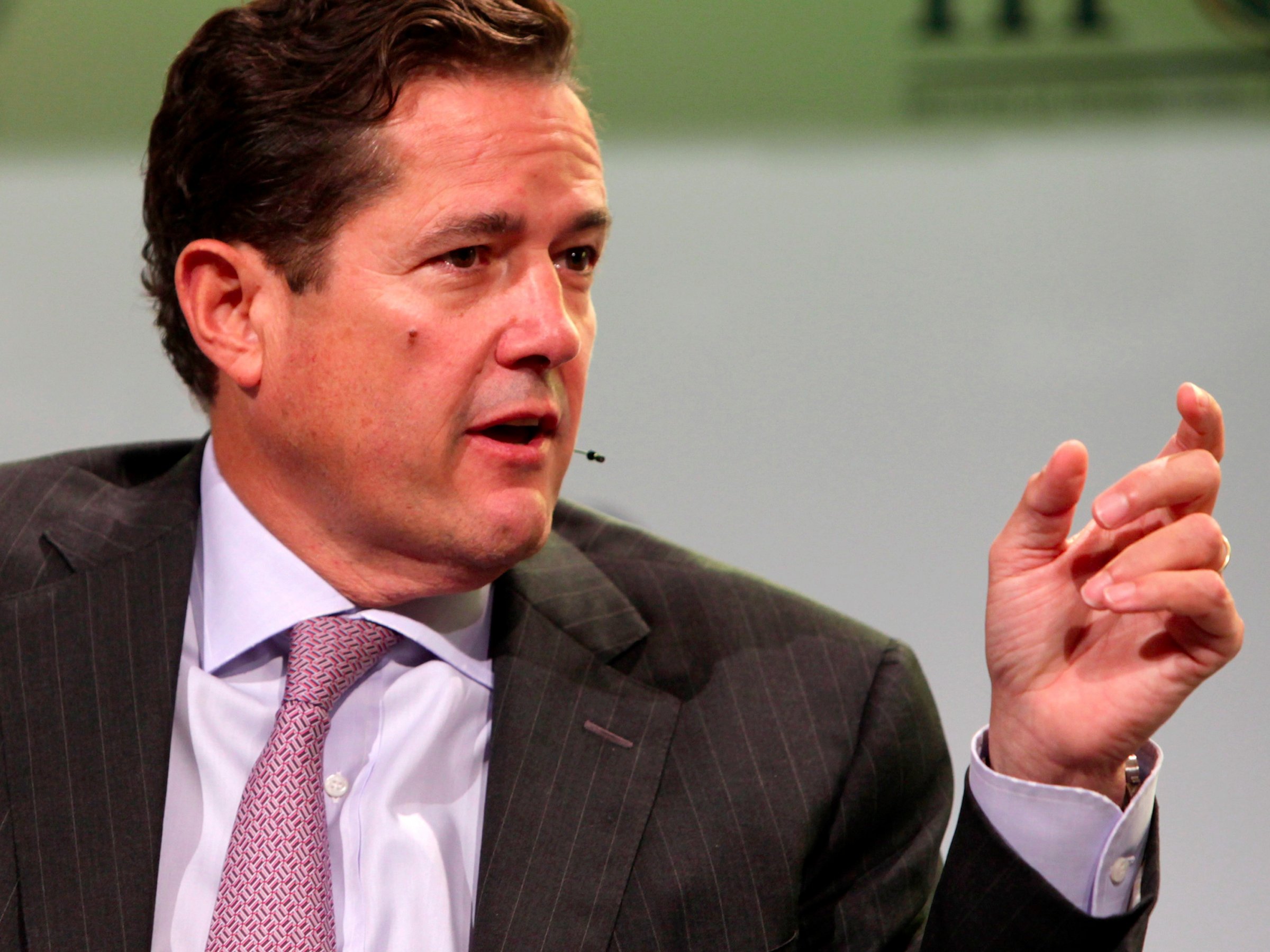 Jes Staley speaks during a panel discussion at the Institute of International Finance (IIF) annual meeting in Washington September 25, 2011.Reuters

LONDON – Barclays reported a revenue hike of 16% in the first three months of 2017, doubling pre-tax profits.

Revenue rose to £5.8 billion from £5 billion a year earlier.

Pre-tax profit soared to £1.6 billion from £793 million. The bank took a £658 million hit on the disposal of its Africa operations which halved the bank’s “attributable profit” from £433 million to £190 million

“This has been another quarter of strong progress towards the completion of the restructuring of Barclays,” CEO Jes Staley said in a statement on Friday.

“Group profit before tax more than doubled compared to Q1 of 2016, and our Core businesses continued to perform very well, producing a combined Return on Tangible Equity of 11%, on an average tangible equity base that is £5bn higher year-on-year. Within that, Barclays UK’s and Barclays International’s RoTEs both improved to 21.6% and 12.5% respectively.”

Staley told Bloomberg News that the bank was planning on hiring 2,000 new staff in the UK over the next three years, “particularly focused on technology.”

“We’ve made the decision that technology is a core competency,” Staley said.

The solid quarter may be marred by shareholder concerns over a whistleblowing scandal, where Staley tried to identify the writer of two anonymous letters about a senior executive.

Both he and Barclays are the subject of investigations by the UK’s Financial Conduct Authority and Prudential Regulation Authority over the affair, which is being treated as a whistleblowing incident.

The board issued a “formal written reprimand” to Staley and will make “a very significant compensation adjustment” to his bonus.

NOW WATCH: Scott Galloway on the biggest thing in tech in 2017: Amazon could eliminate the existence of brands with voice technology