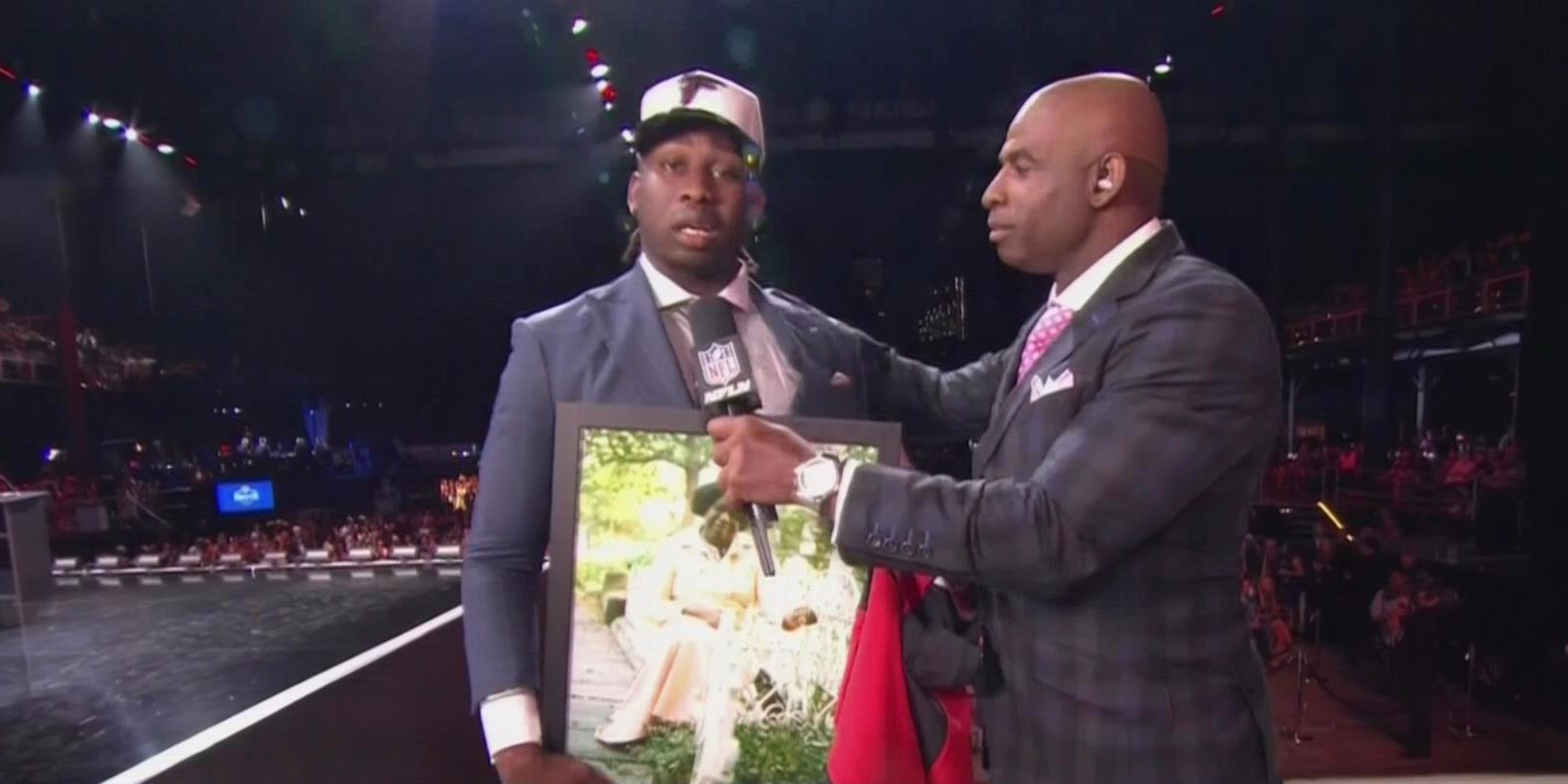 The Atlanta Falcons selected Takkarist McKinley with the 26th pick of the NFL Draft, and afterwards, the defensive end from UCLA gave a passionate interview for the ages.

McKinley went on stage with a large photo of his late grandmother, repeatedly yelling “this is who I do it for!”

After posing for photographs on stage with commissioner Roger Goodell, Deion Sanders of the NFL Network pulled McKinley aside for an interview and that’s when the passion bucket started to overflow.

“She means everything, man,” McKinley said. “I made a promise to her, that I was going to go D-1. I would get out of Richmond. I would get out of Oakland. I was going to live my dream and play in the NFL. And I am here, man. I completed the promise and that means every f—ing thing to me. Excuse my language! Man, fine me later, man! Fine me later!”

You can see the entire exchange here.