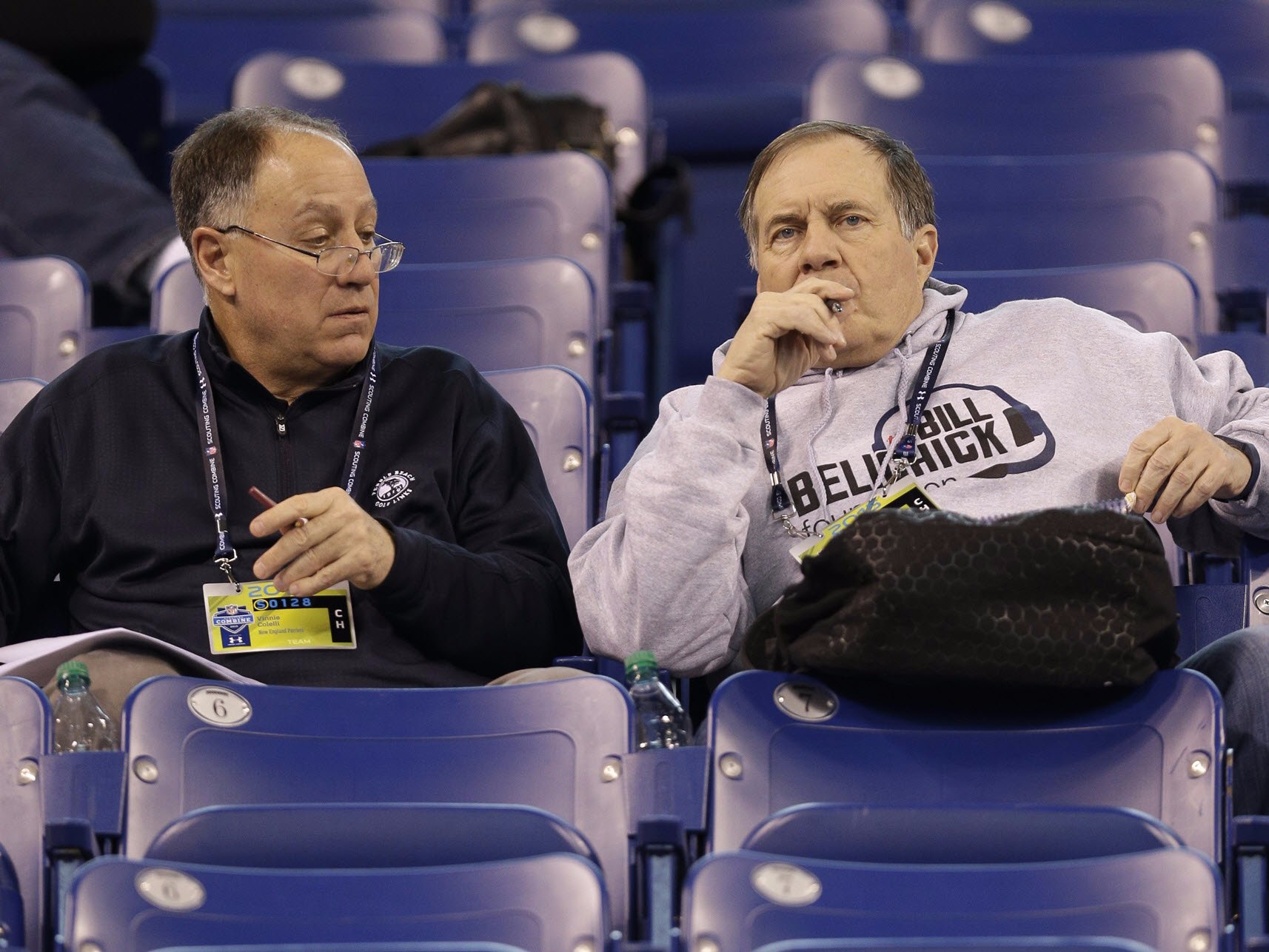 The New England Patriots have won five Super Bowls in 16 years and despite routinely picking at the end of the first round in the NFL Draft, a lot of their success can be attributed to consistently nailing their picks.

Of course, not all of their picks have been home runs. There have certainly been a few notable whiffs, such as tight end Daniel Graham in the first round of the 2002 draft and defensive back Ras-I Dowling with the 33rd pick in 2011.

However, they also seem to find a lot of great value late in the draft, even beyond famously taking Tom Brady in the sixth round of the 2000 draft. There was Rob Gronkowski in the second round, Asante Samuel in the fourth round, and Julian Edelman in the seventh round, just to name a few.

The Patriots owe that success to Bill Belichick’s relatively simple draft philosophy that includes three key points. Those points were outlined by Mike Lombardi, who worked the draft with Belichick in both New England and with the Cleveland Browns, during a 2012 interview with Paul Burmeister of the NFL Network.

1. “He’s always about building a team. He’s not trying to collect talent.”

One of the great debates on draft day is whether or not to fill positions of need or to just take the best player available. According to Lombardi, Belichick is always looking at how a player is going to fit on the roster and how he can contribute to the team.

The Patriots did famously go against the philosophy once and it worked out. In 2000, the Patriots needed just about everything except quarterback. And yet, when they got to the sixth round, Brady was still on the board, a player they had graded much higher. At that point, they could no longer ignore the best player available.

2. “Bill is all about not falling in love with a player. Bill is looking at value.”

Lombardi called Belichick a “stock broker” and says he is “very analytical” when it comes to the draft.

Belichick is well known for trading down in the draft, something that goes back to early in his drafting career. Lombardi says this is because he is looking for value and he thinks the rising cost of rookies make early picks less valuable. Those rising costs were curbed greatly in 2011 with the new collective bargaining agreement. Belichick still likes to trade down and acquire more draft picks, but he may be less aggressive now.

As an aside, Lombardi also noted that Belichick didn’t want high-priced rookies on his team out of respect for the veterans on his team who had already given “blood, sweat, and tears for them to win.”

Lombardi calls Belichick “one of the best listeners of all time,” but notes that he is “not looking for more opinions, he is looking for the right opinions.”

As a result of that approach, Lombardi says that Belichick will typically only have three or four other people in the draft war room with him. This is in stark contrast to the scenes of other team’s war rooms shown on draft night when it often looks like there are 20 people or more in the room.

Bonus: Belichick only wants to coach players he likes.

Recently, Urban Meyer pulled back the curtain on one of Belichick’s roster-building philosophies. That is, Belichick has reached a point in his career where he can afford to be picky and jettison players he doesn’t like.

“I’m always amazed how he takes the non-stars and makes them stars,” Meyer said while introducing Belichick at an Ohio State football clinic (via landof10.com). “He takes these players that you haven’t really heard much about and all of a sudden they’re making great plays in the biggest games of the year.

While Meyer did not specifically mention this in relation to the NFL Draft, it is easy to imagine that this is something Belichick considers when he is scouting players leading up to draft night.

Obviously Belichick does a lot of homework to prepare for the draft, and ultimately that work is the basis for selecting good players. But his draft-day philosophy is also amazingly simple and considering how much of a copy-cat league the NFL can be, it is surprising more teams don’t mimic that.

Tony Manfred contributed to this report.

SEE ALSO:WHERE ARE THEY NOW? The 6 quarterbacks drafted before Tom Brady in the infamous 2000 NFL Draft