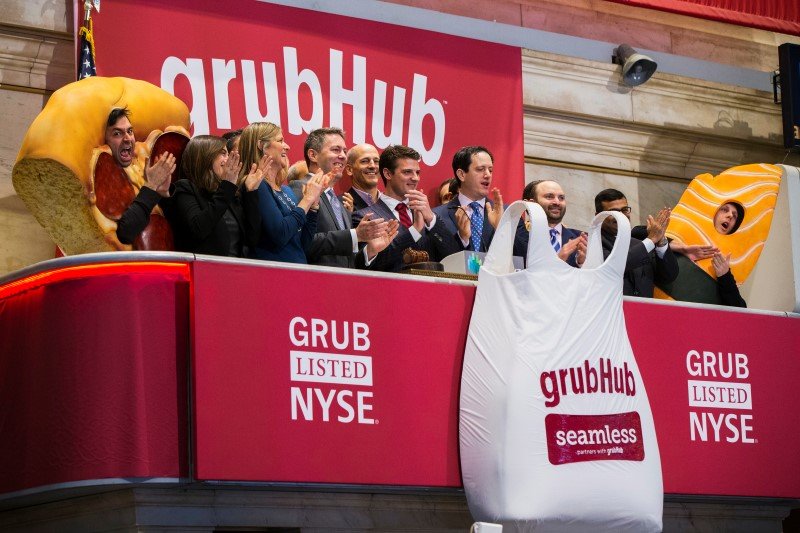 Online food delivery service GrubHub saw a big uptick in customers during the first three months of the year, sending its shares surging more than 18% in mid-day trading on Thursday.

The company said “active diners” on its app totaled 8.75 million in the first quarter of the year, up 26% from the year-ago period. Gross food sales of $828 million were also up 26%.

The strong performance comes despite heated competition from other food-delivery startups and tech giants such as Uber, Amazon and Yelp.

GrubHub’s Q1 revenue rose 39% year on year to $156.1 million, ahead of the $153 million expected by analysts polled by Thomson Reuters. The company’s net income increased 70% year-on-year to $17.7 million, with earnings per share, excluding certain items, of $0.29.

GrubHub’s stock was up 18.45% at $41.51, with nearly three times the average volume of shares trading hands on Thursday.

Look at that chart: SEE ALSO:Amazon’s new Echo camera is weird and a little creepy, but it hints at Amazon’s master plan to rule tech

NOW WATCH: 6 things the Samsung Galaxy S8 can do that the iPhone can’t