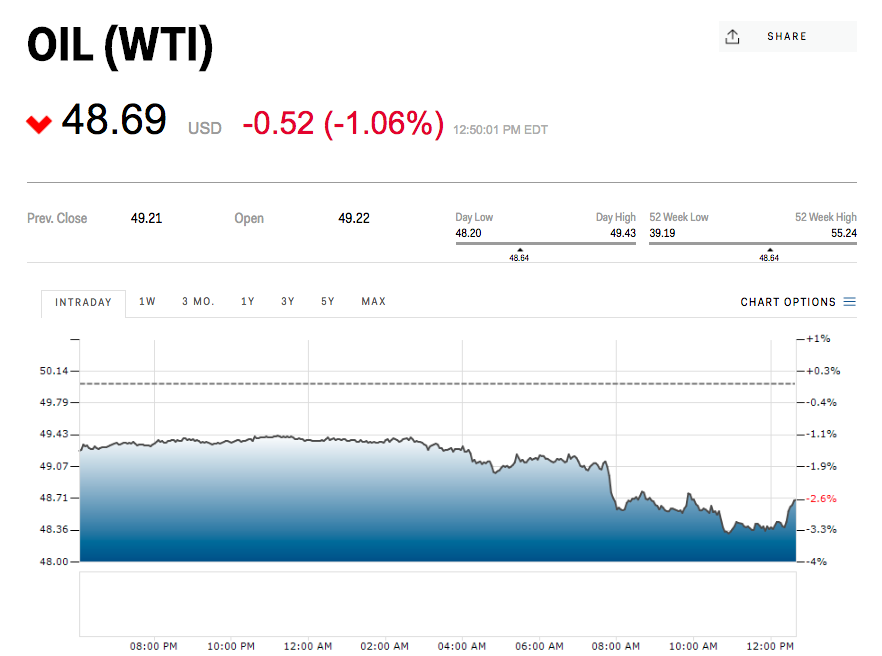 West Texas Intermediate crude oil trades down 1.1%, or $0.52, at $48.69 a barrel as of 12:51 p.m. ET after Libya announced it’s restarting production at its Sharara and El Feel oil fields. The fields have a combined capacity of nearly 400,000 barrels per day, Reuters says.

WTI has been under pressure as of late. The energy component struggled near the $54, and started to move lower after last week’s data showed a smaller than expected drawdown in oil inventories and the first jump in gasoline supplies in several months. Its price has remained under pressure this week despite inventories posting their biggest drop of the year.

WTI has fallen about 9.4% so far this year as talk of OPEC extending its production cut through the end of the year has failed to provide support.