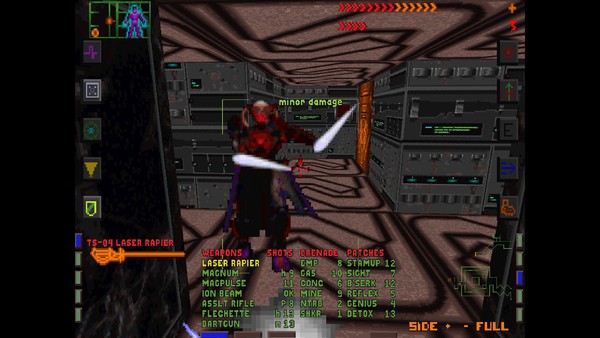 While speaking recently during a charity livestream, BioShock creator Ken Levine spoke about games that have influenced him as he works on his next project.

The new game, like his previous works, is first-person, but it’s a much smaller affair than his other games. With that said, he listed off Dark Souls, System Shock, Middle-earth: Shadow of Mordor, Civilization and Dying Light as games that have had an effect on him.

I wouldn’t start getting ready for a brutally difficult, futuristic, turn-based, zombie, 4X game with a dynamic tribal hierarchy system just yet, though. There’s no telling what all he’s picked up from those games, or if they just served as inspiration for something completely different.

Levine has said that he wants his game to be more replayable than some of his other works, and stuff like Dark Souls and Civilization certainly track with that. Shadow of Mordor was lauded last year for its unique system of social interactions and vendettas throughout the orc hierarchy and the game’s main character, and it’s not something anyone has really tried to replicate since then. It’s not surprising that Levine would find it interesting.

It’ll be a while before we get much of anything to go on, but tidbits like this definitely have us listening.