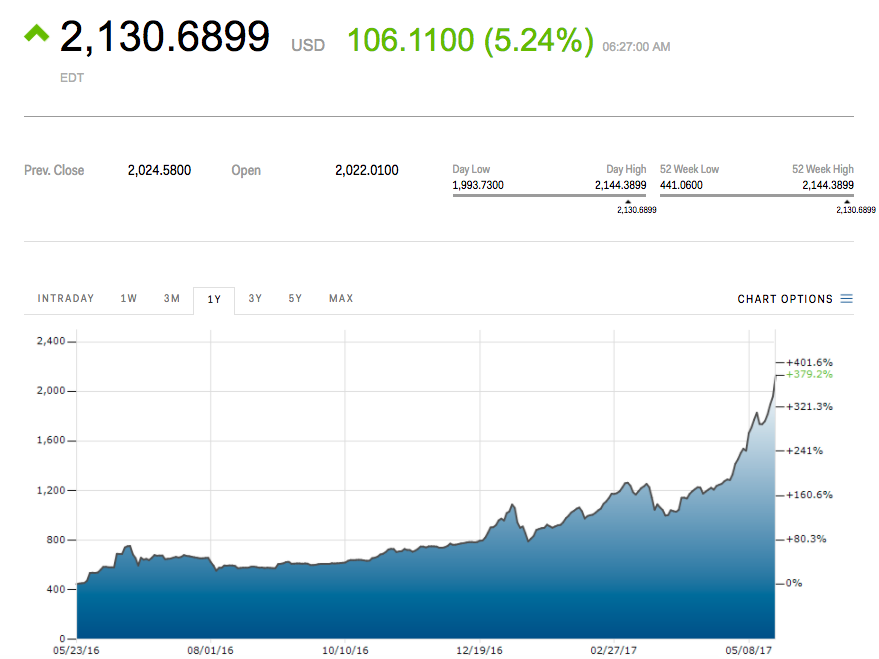 Monday’s advance has been fueled by further weakness in the US dollar and news that Peach has become Japan’s first airline to accept the cryptocurrency, Bloomberg says.

Bitcoin has gained in 24 of the past 27 sessions, and it is up by more than 82% over that time. According to CoinMarketCap.com, bitcoin now has a market cap of nearly $35.9 billion.

The rally has seemingly been sparked by news out of Japan at the beginning of April that bitcoin had become a legal payment method in the country. Along the way, Ulmart, Russia’s largest online retailer, said it would begin accepting bitcoin even though Russia had said it wouldn’t explore the cryptocurrency until 2018.

The gains also seem to be boosted by speculation the US Securities and Exchange Commission could overturn its ruling on the Winklevoss twins’ bitcoin exchange-traded fund. The SEC was accepting public comment on its decision until May 15, but it hasn’t announced whether it will overturn its rejection of the ETF.

Bitcoin has gained 125% this year. Except for 2014, it has been the top-performing currency every year since 2010.

SEE ALSO:The price of Bitcoin just hit an all new high — here’s how easy it is to buy your first one