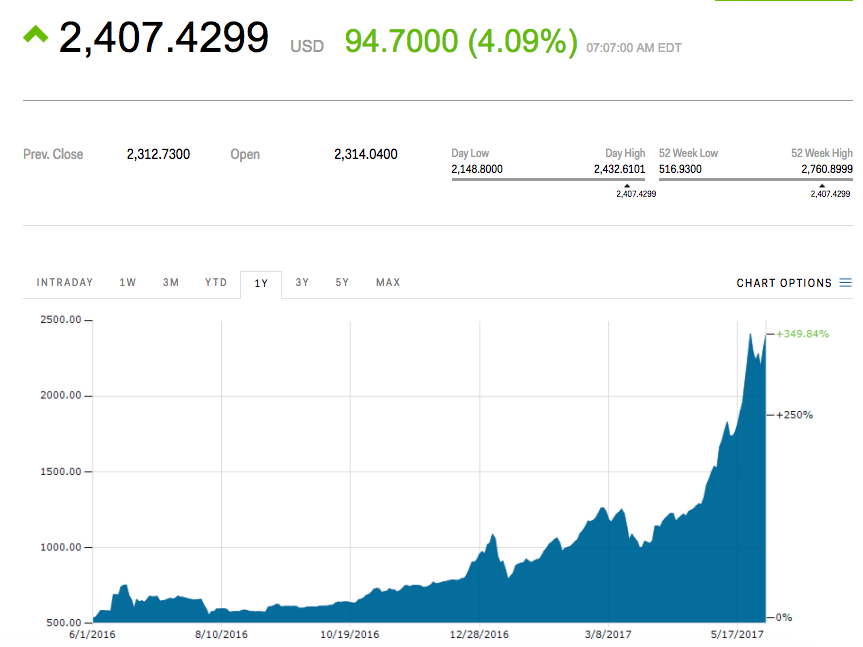 Bitcoin is back to its old ways after a few quiet sessions.

The cryptocurrency trades up 4.1% at $2,407 a coin following news that China’s three largest bitcoin exchanges are allowing customers to withdraw bitcoins from their accounts.

The news follows months of uncertainty for customers of the exchanges, who back in February were told they would be unable to take bitcoin out of their accounts. At the time, bitcoin was threatening its record high of $1,161 a coin before plunging more than 10% on the news.

Since then, however, things have been going pretty well for the cryptocurrency. Aside from the US Securities and Exchange Commission rejecting two bitcoin ETFs, bitcoin has seen a steady stream of good news.

Last week, the Digital Currency Group, representing 56 companies in 21 countries, reached a scaling agreementat the Consensus 2017 conference in New York. That caused the cryptocurrency to hit an all-time high of $2,798 a coin.

NOW WATCH: This is what Bernie Madoff’s life is like in prison