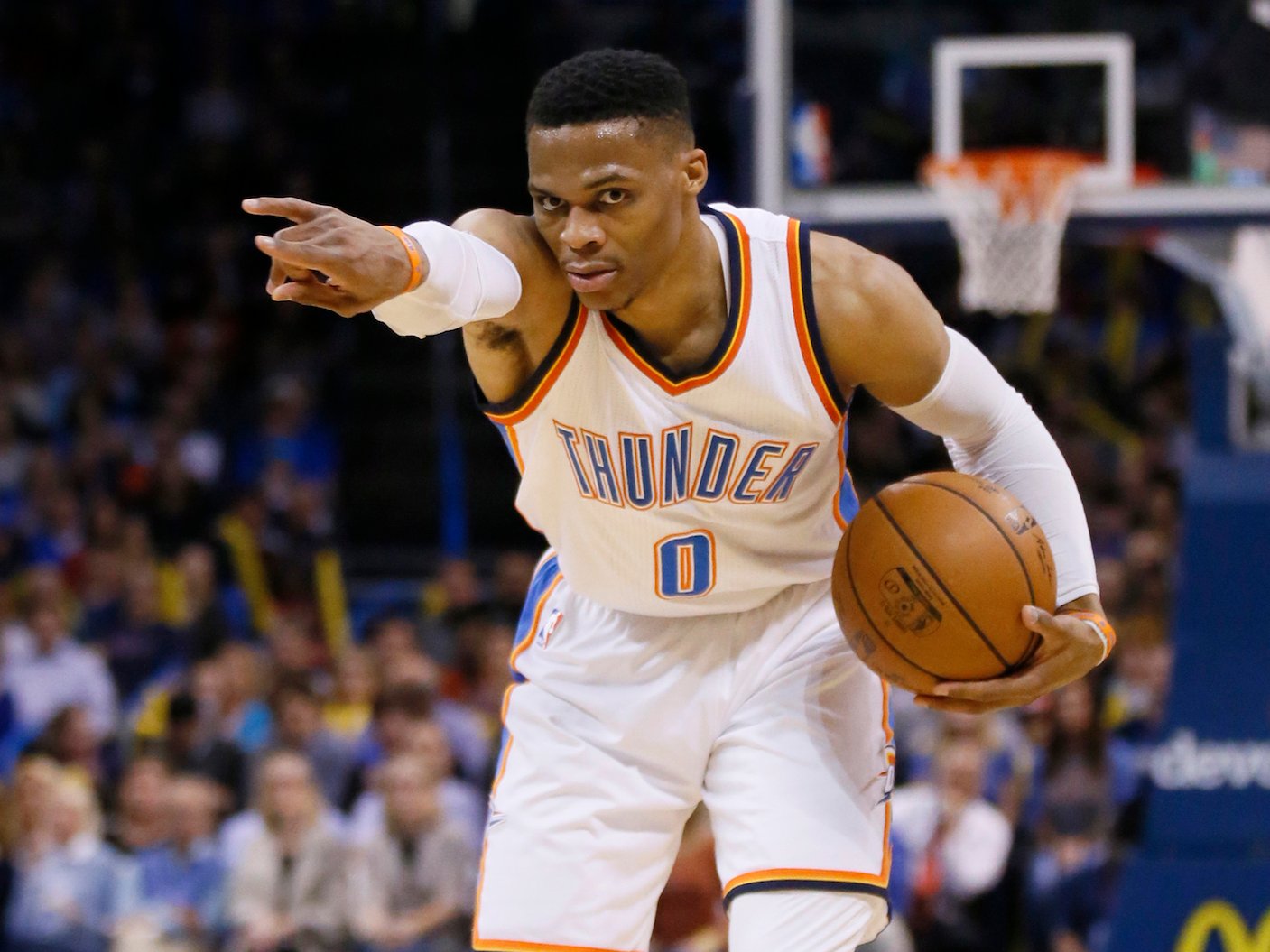 The NBA world seems split on the league’s tightest, most exciting MVP race in years.

Russell Westbrook, James Harden, Kawhi Leonard, and LeBron James have all had historic seasons and could all justifiably win the award.

While players like Harden and Leonard top Westbrook in efficiency, defense, and team success, Westbrook’s case is built upon his record-breaking 42 triple-doubles and the relentlessness with which he played all season.

Blake Griffin, who tweeted that Westbrook should win MVP on Sunday, explained to HoopsHype’s Alex Kennedy that, just as important as stats, the way Westbrook played and how other players view that should make him MVP.

“It almost blows my mind to think that anybody else could win MVP this year. That’s not taking anything away from James [Harden] and Kawhi [Leonard] and LeBron [James] because they’ve had excellent seasons too, but Russ’ production is crazy. And the things that set it apart are their record when he’s had triple-doubles, his PER and his PER in the clutch. As a player, those are all the things you look for – a player who’s going to make his team better, a player that wins games for you, and a player who performs when you need him to. I honestly never thought I’d see someone average a triple-double. That’s why Russ’ run has been so mind-blowing. It takes an insane amount of energy to do that. You have to be involved in everything and have such a high motor.”

Griffin’s perspective may differ slightly from a media member voting on the award. Some argue that Westbrook’s triple-doubles are over-inflated and that he could have helped the Oklahoma City Thunder win more games by taking a step back, involving teammates, and focusing more on efficiency.

However, as Griffin sees it — while also factoring stats like PER (Player Efficiency Rating, a comprehensive stat that looks at a player’s overall production) — that Westbrook could even have the energy to dominate in so many areas and average a triple-double is mind-blowing. Energy and stamina can sometimes be lost on people viewing the game from afar, but to players, it’s a huge part of playing. Few people have it in them to use as much energy as Westbrook did this season. Furthermore, as Griffin notes, the Thunder had a 33-9 record when Westbrook posted a triple-double. Fellow players value that production and the physical cost of it.

None of this means that Westbrook is inarguably the rightful winner of the MVP award, but it’s worth noting that players put a higher premium on some of the things Westbrook did this season.