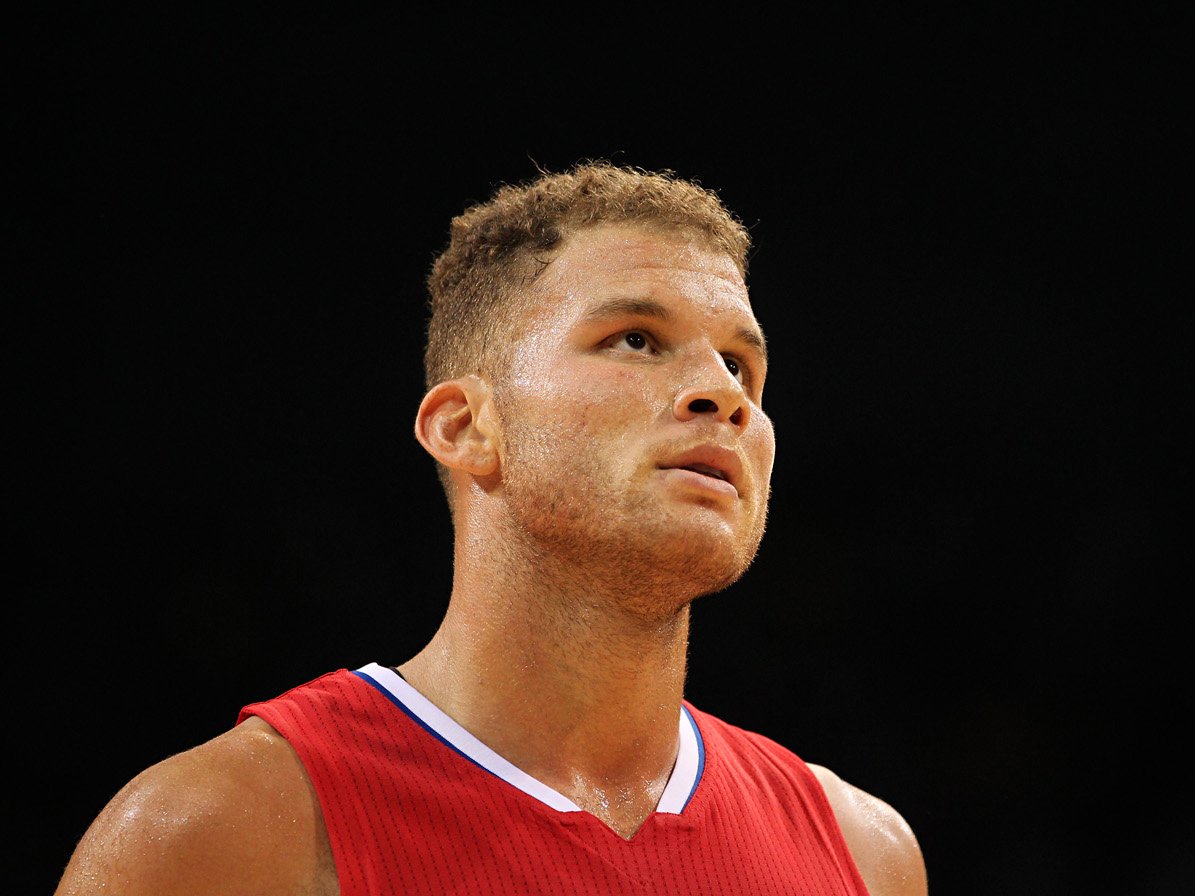 Zhong Zhi/GettyBlake Griffin is the only player in the NBA averaging at least 23 points, eight rebounds, and five assists per game this year.

With the NBA’s trade deadline approaching on Thursday, there are some big names on the trading block across the league.

One of those is Blake Griffin, who, according to reports, could be moved this week.

The Clippers have been winning without Griffin, and Griffin’s punching of an equipment staffer (causing him to break his hand and miss several months) was embarrassing for him and the franchise.

Moving Griffin would be something of a panic move by the Clippers.

Some of the Clippers’ motive is Warriors-inspired panic. The Warriors are the clear title favorites, and it’s difficult to imagine anyone getting past Golden State — especially these Clippers.

It’s also Spurs- and Thunder-inspired panic. The Clippers are clearly fourth in Western Conference pecking order, and assuming those four teams make it to the semifinals, any road to the championship for the Clippers will mean going through two of those three teams. Could the Clippers get eight wins in 14 tries over the Warriors, Spurs, or Thunder?

Doc Rivers told Zach Lowe before the season that this could be the Clippers’ final shot at a title with their core of Chris Paul, DeAndre Jordan, and Griffin. They’ve been together several seasons, and at a certain point, a team has to know when to move on.

It’s easy to forget how good Griffin is.

This season, Griffin is averaging over 23 points, eight rebounds, and five assists while shooting 50% from the field. A list of players to also do that in a season: Wilt Chamberlain, Kareem Abdul-Jabbar, LeBron James, Larry Bird, Charles Barkley, Oscar Robertson. That’s good company.

We are also just 12 months removed from Griffin being mentioned as an MVP candidate, discussions that may have returned this season if not for Stephen Curry and Griffin’s inability to stay healthy.

There’s a question of how much better the Clippers can get by moving Griffin.

For example, take the deal the Clippers offered the Nuggets, according to Broussard. The Clippers would have sent Griffin and Lance Stephenson to the Nuggets in exchange for Danilo Gallinari, Kenneth Faried, Will Barton, and Nikola Jokic. That’s a nice combination of young, versatile talent — a good scorer and stretch-four in Gallinari, an explosive power forward in Faried, an athletic wing in Barton, and a talented rookie center in Jokic. It would certainly give the Clippers more depth, and perhaps Gallinari would be a better fit in the starting lineup, but does that package push the Clippers past the Spurs or even the Thunder?

To jump into that next tier, it seems the only option for the Clippers would be to trade Griffin for another star. There are options out there — Carmelo Anthony and Kevin Love have both been mentioned in rumors. While there are upsides to both, does either acquisition push the Clippers higher?

Anthony would give the Clippers an elite scorer and thrives as a small-ball power forward, but Griffin has a higher rebound and assist rate than Anthony. Similarly, Anthony is 31 and inked for another three years on a max-level contract.

Love might be a more natural fit, as he would give the Clippers a scorer, shooter, and rebounder. But the Clippers would take a step back on defense and they’d lose Griffin’s secondary playmaking next to Paul. It also takes two teams to agree to a deal, and Griffin, though maybe a better player overall, seems like a worse fit next to LeBron James in Cleveland. That is, the Cavs might not make that trade to begin with.

As is the question in any trade, could the team jell quickly enough to make a push in the playoffs? Those stakes become even greater with bigger players involved. It’s easier to integrate role players into a system, but asking Love or Anthony to adjust their games with the Clippers becomes a bigger challenge.

ESPN’s Zach Lowe provides a great temperature-take on the Clippers’ feelings on Griffin — nothing is imminent, but for the first time, the Clippers are listening to offers. Lowe also reports that the Clippers might decide to hold onto Griffin, take another shot at a title with this group, then explore their options in the summer when a Griffin-Kevin Durant swap could happen, or when teams who strike out in free agency are looking for a big name.

But the Clippers should also be commended if they don’t make a panic move. Griffin, even if he’s not the perfect fit next to Paul and Jordan, is still one of the NBA’s most versatile stars, and he’s only 26.

This is not to say there aren’t deals that would make the Clippers better if they trade Griffin. Star power isn’t everything, and in moving Griffin, the Clippers could find a package of lesser players that better fit their roster.

However, the Clippers could do that, get some solid role players to put around Paul and Jordan… and still come up short against the Warriors. And in the process, they’d lose a potentially generational star.