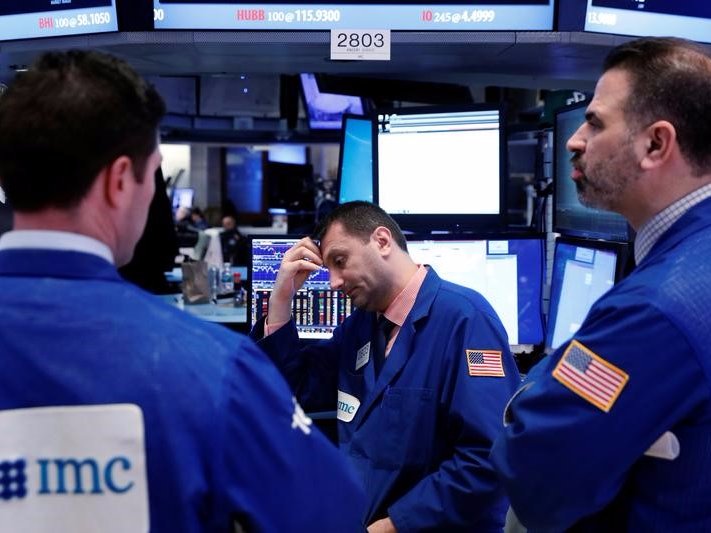 Bloomberg is taking a shot at the New York Stock Exchange. Again.

The financial data giant just filed a letter with the Securities and Exchange Commission, complaining about changes to the fee schedule for some trading data from America’s biggest stock exchange.

There has been a long-running battle in the stock trading community over the cost of market data. At one point in February, this debate descended into Games of Thrones references.

This latest episode relates to the cost of what’s called “top of book” data, which is considered essential for trading, and Bloomberg’s Server Application Program Interface (SAPI).

The Consolidated Tape Association, which oversees the dissemination of real-time trade info on securities listed on the New York Stock Exchange, Bats and a handful of other markets, recently filed a “clarification” on what represents display use, and what represents non-display, and when access fees are applicable.

According to Bloomberg, NYSE sent it a letter on March 27 stating that the SAPI would now be considered a Non-Display Use, and that as a result costs would go up significantly.

The Proposed Amendments make substantive changes to defined terms of the CTA Plan that will result in substantial fee increases for hundreds of BLP customers who receive top of book market data. For example, to receive quotation and last sale price information for Network A securities, a firm would pay between $19 and $45 per professional device, depending on the number of devices covered by the subscription. The Proposed Amendments would essentially impose two new fees on the firm in the above example, an Access Fee and a Non-Display Use Fee, which would increase the firm’s costs by $6,000 per month for Network A securities, and $3,000 per month for Network B securities.

The Securities Industry and Financial Markets Association (SIFMA), a trade body, also sent a letter complaining about this change. It said:

There has been no attempt to meet the legal requirements as to process and substance for a fee increase — particularly a 2000% fee increase for monopoly core data. A fee increase of this size and nature would have serious consequences for capital formation, investor protection, and the efficient operation of the markets.

Bloomberg and SIFMA have been at loggerheads with NYSE for some time.

In 2006, the NYSE acquired Arca and starting charging for depth-of-book data that had previously been free, a move that was approved by the SEC. NetCoalition — a trade association including Yahoo, Google, and Bloomberg — and SIFMA joined forces in 2008 and filed suit seeking to set aside the SEC order approving the increase in fees. That lawsuit has dragged on for close to a decade.

More recently, NYSE took aim at Bloomberg, along with Citadel Securities, a firm which is responsible for 15% of US listed equity volume, and proprietary trading firm Wolverine Trading. Citadel had sent a comment letter to the SEC (you can read about that here) about NYSE fee increases, while Bloomberg is part of SIFMA, which also sent a comment letter.In a letter to the SEC in January, NYSE said:

“These firms have chosen to build business models based on speed. The Exchange finds it interesting that such firms and SIFMA object to exchange fees, which are subject to Commission review and the requirements of the Act, but by and large do not disclose how much profit they or their members make from being co-located and using exchange market data products.”