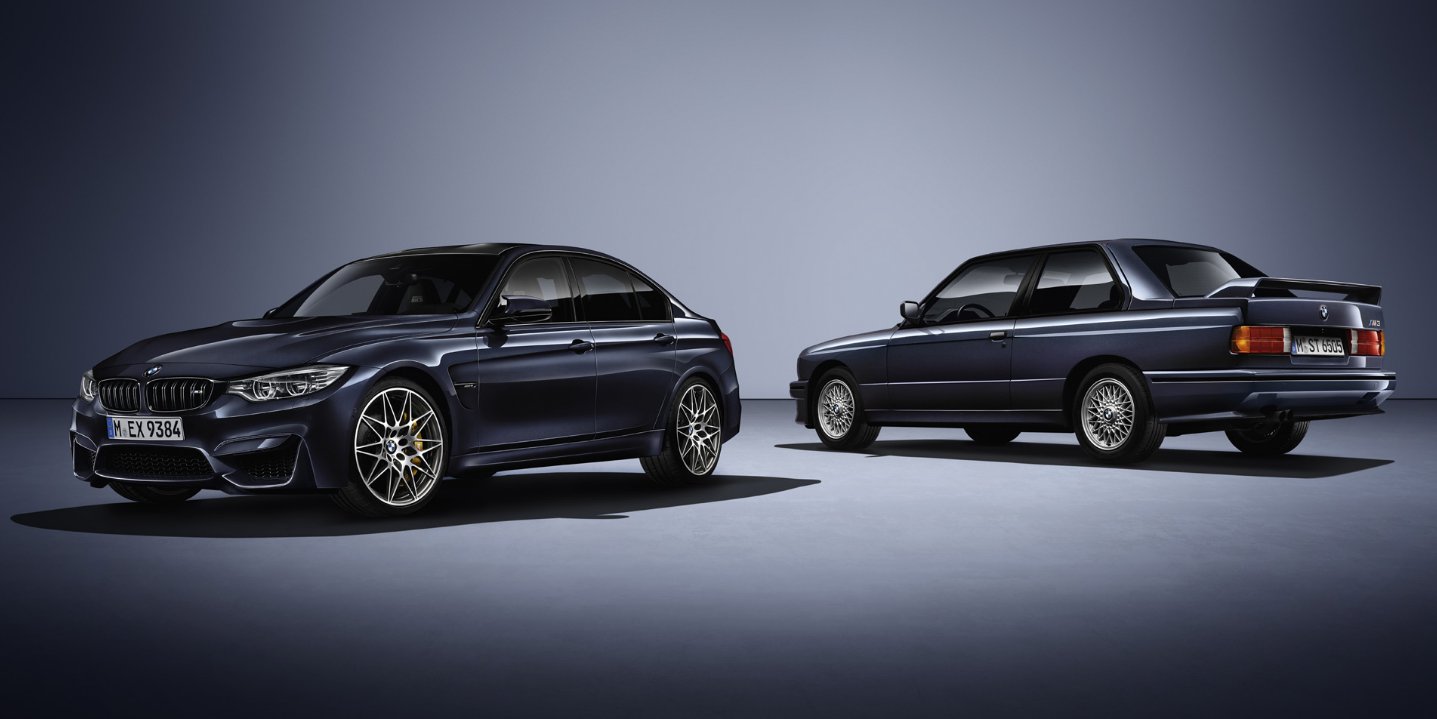 The M3 has turned 30 and to celebrate the milestone BMW has presented the 30 Jahre Edition based on the current model.

The automaker did the same when its M5 turned 30 two years ago.

The M3 30 Jahre Edition comes in the exclusive color Macao Blue metallic, which once celebrated its premiere in BMW’s color range as a special option for the original E30 M3.

A similar theme can be adopted in the interior where the designers have also added special detailing on areas such as the door sills, headrests and instrument cluster. A numbered plaque indicating the individual model in the series is also featured on a carbon fiber strip on the dash.

All M3 30 Jahre Editions also get the M3’s Competition Package as standard. This ups the power to 444 horsepower from the standard 425 hp and adds a few handling mods.

The original M3 was born out of racing and largely unmatched when it came to its driving qualities, performance and, dare we say it, desirability.

Many of those same qualities ring true for the current F80 M3, and while the car now also caters to the luxury buyer and is faced with tough competition from the likes of Cadillac and Mercedes-Benz, it’s still considered the benchmark in its segment and we bet the same will be true for many generations to come.

BMW will build just 500 M3 30 Jahre Editions in total. The automaker is yet to announce how many will be made available to buyers in the United States. NOW WATCH: 9 animated maps that will change the way you see the world