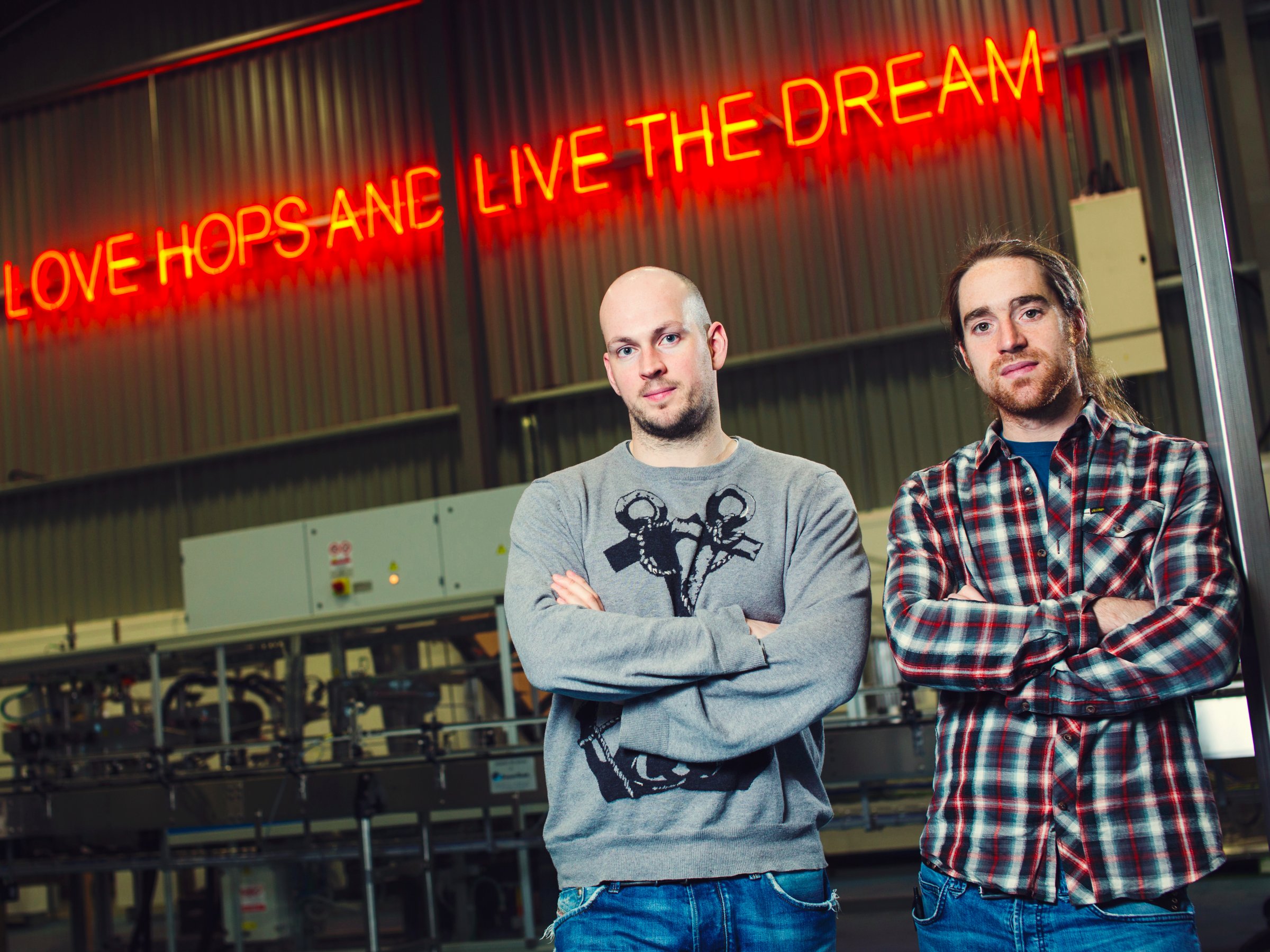 BrewDog, the independent brewery and bar-chain owner, has received a £213 million ($263 million) investment from TSG Consumer Partners that values the company at £1 billion ($1.24 billion), according to multiple reports. Founders James Watt and Martin Dickie, and other shareholders, could share up to £100 million ($124 million) of that investment between them, The Sunday Times reports.

The company had previously raised $102 million in crowdfunding after Watt and Dickie started it 10 years ago in Fraserburgh, Aberdeenshire, with a £20,000 loan. City AM says:

More than 50,000 beer fans who invested in Brewdog’s crowdfunding over the years were told the deal had boosted the value of their investment by as much as 2,765 per cent.

The firm will also offer other shareholders the opportunity to cash out up to 15 per cent of their equity, or up to 40 shares.

Last year the company amended its constitution so that it could never be sold to a “monolithic purveyor of bland industrial beer.”

BrewDog is currently trying to open a hotel in Columbus, Ohio.