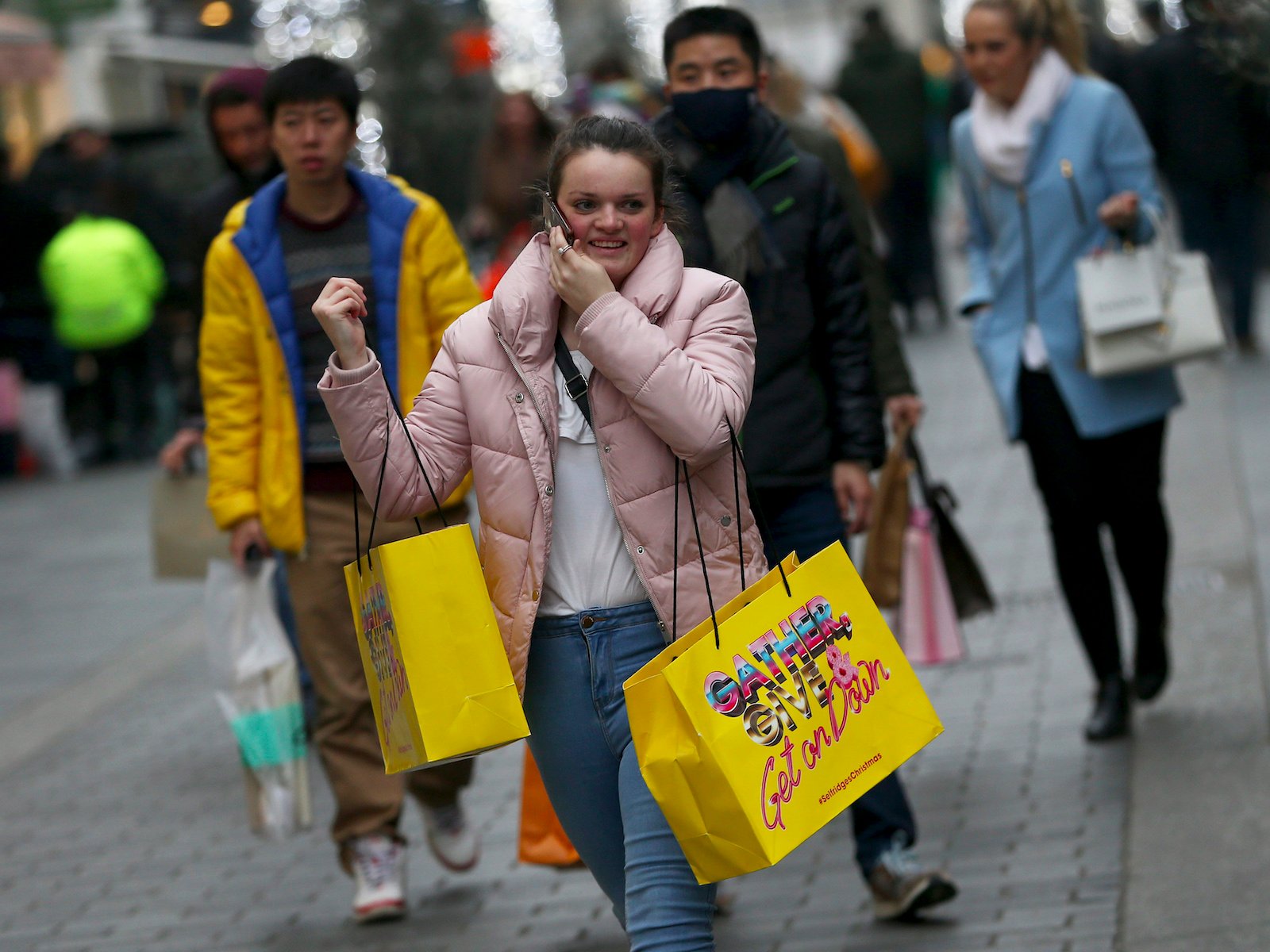 LONDON — UK consumer spending fell on an annual basis for first time in four years as inflation driven by the Brexit vote pushes up prices, according to payment card company Visa.

It measured that real consumer spending on Visa debit, credit, and pre-paid cards in May was 0.8% lower than in the same month last year.

The figures indicate that Britain’s sluggish economic growth in the first quarter — when it grew at the slowest rate in the G7 group — continued into the second quarter of the year.

The drop in the value of the pound in the immediate aftermath of the Brexit vote last year has pushed up the prices of imports and pushed inflation up to 2.3%, making everyday goods more expensive.

According to official figures, the economy grew 0.2% in the first three months of the year while real consumer spending was 2.6% higher in the period. If Visa’s figures are accurate, it means that there was a sharp slowdown in household consumption in the second quarter, which is significant as household spending accounts for 60% of the British economy.

Visa’s index is generally reliable, but its monthly indicators are subject to some volatility.

Kevin Jenkins, UK & Ireland managing director at Visa, said: “Our index clearly shows that with rising prices and stalling wage growth, more of us are starting to feel the squeeze.

“Retailers of non-essential goods were among the worst hit, with clothing and household goods seeing sharp declines in sales. The experience sectors continued to record some growth, though at much softer rates, suggesting consumers were reining in their discretionary spending.”

“Bricks-and-mortar retailers had a particularly challenging month, with sales dropping at the quickest level in over five years, at a time when warmer weather and the May bank holidays would usually drive shoppers on to the high street. Online retailers, on the other hand, fared well, with spend up 6.9%.”

NOW WATCH: THE BOTTOM LINE: A deep dive into Tesla’s stock price and Amazon 20 years after its IPO