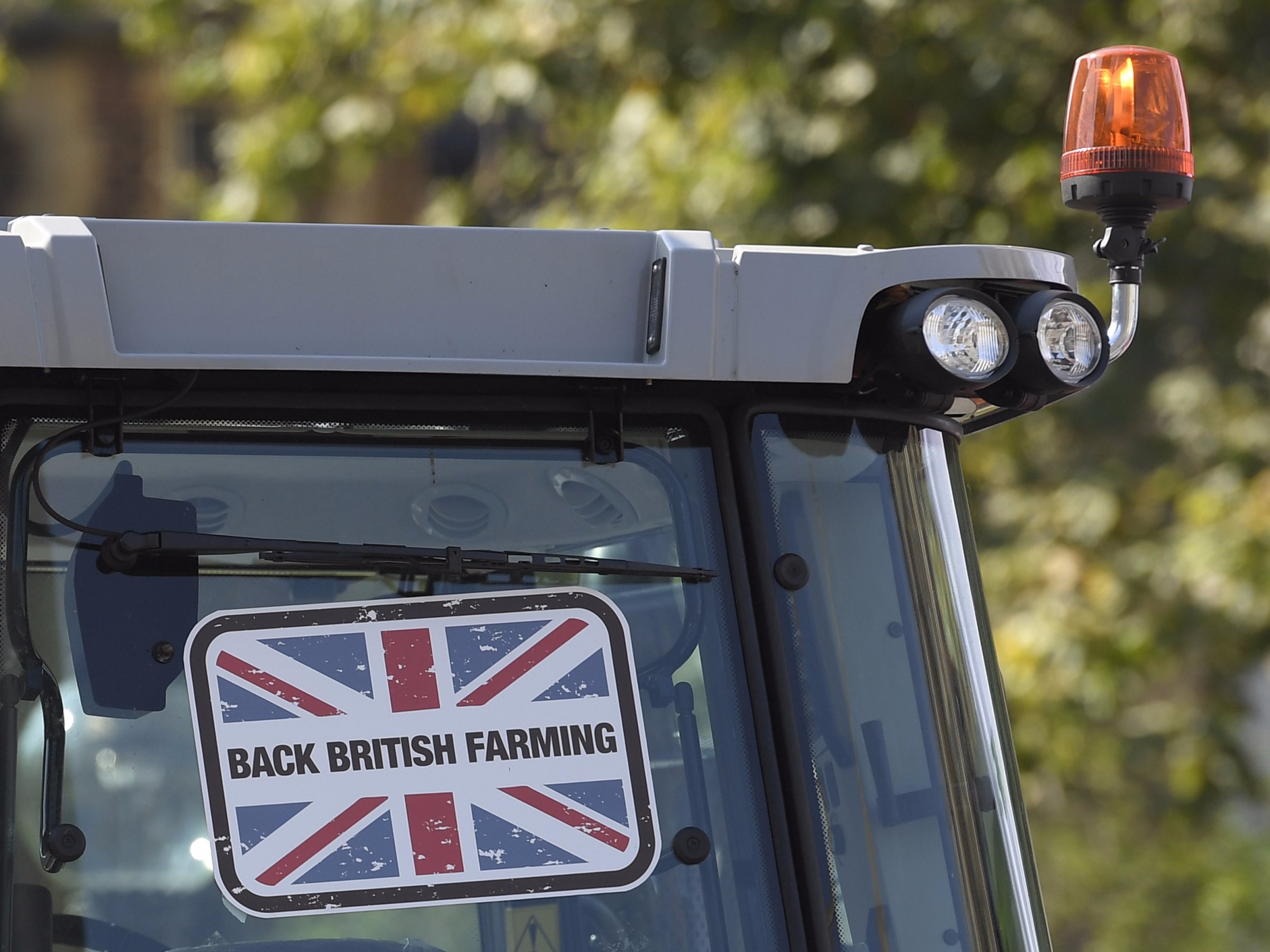 A campaigning slogan is seen on a farmer’s tractor cabin near the Houses of Parliament in central London, Britain, September 14, 2016.Reuters/Toby Melville

LONDON — British farmers could turn to robots to fill gaps in their supply of labour if the UK’s exit from the European Union causes a shortage of migrant workers to work in the industry.

That is according to a new report from the Financial Times, which cites the creation of a new farming robot named Thorvald, designed to do unskilled but laborious tasks on the UK’s farms post-Brexit.

“That’s [Brexit] the main motivation for this — it’s a huge concern,” Pål Johan From, a robotics professor and creator of Thorvald told the FT.

Britain faces a looming crisis in the farming industry linked to immigration once the UK leaves the EU. The UK’s horticultural sector — the part of agriculture which pertains to crops rather than animals — relies heavily on seasonal migrant workers to carry out labour-intensive tasks such as fruit-picking.

A large majority of those workers come from the EU and may be unable to come to the UK if faced by tougher immigration rules put in place on unskilled workers, something that seems likely given the government’s desire to gain total control of the UK’s borders after leaving the 28-nation bloc.

That could have huge consequences for UK farming.

“If the supply of labour cannot be maintained, or is significantly reduced, the implications for UK labour and the supply chain would be profound,” a recent report by a trade group called the agriculture and horticulture development board said.

As a consequence, scientists like From see the farming robot as a realistic alternative to help out Britain’s stricken farmers. “They have the potential, really, to do any task in agriculture,” From told the FT.

You can read the Financial Times’ full report on farming robots here.