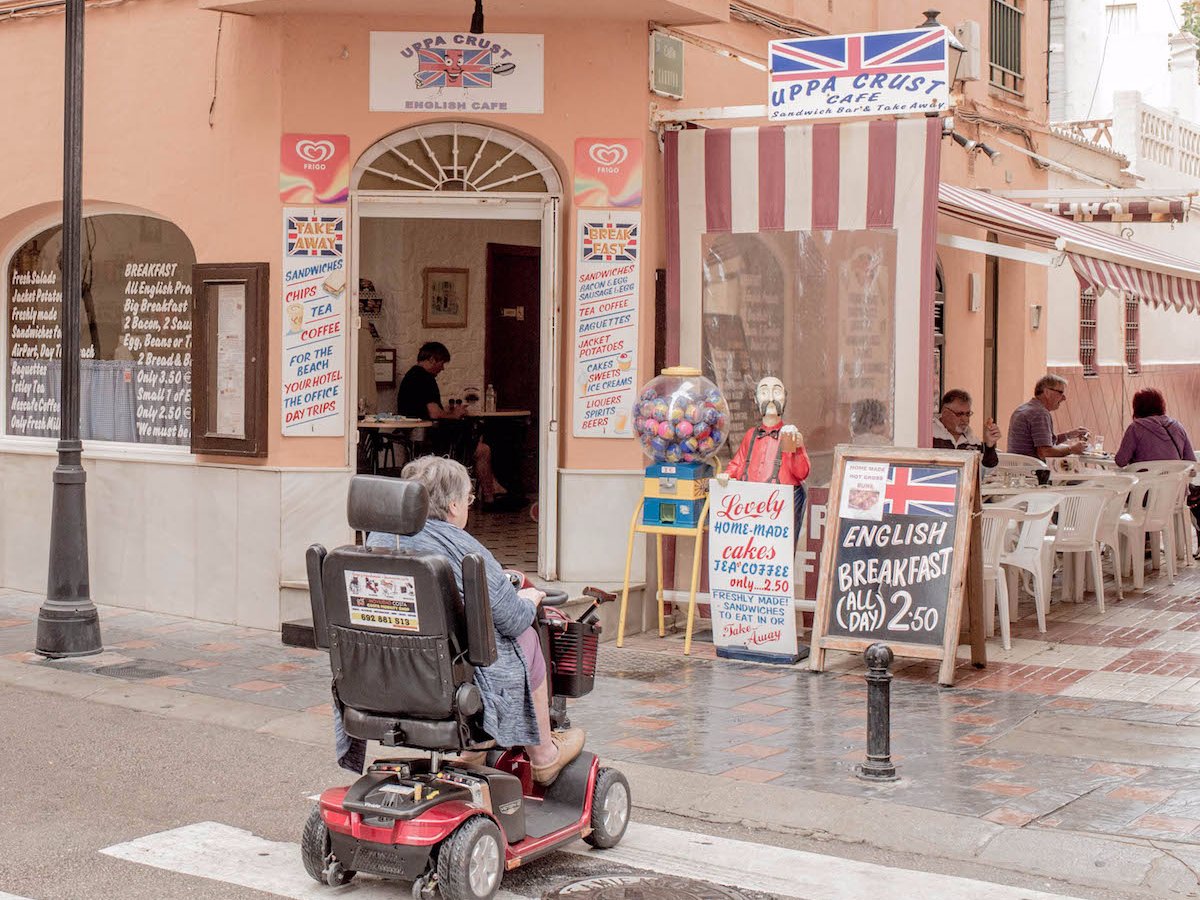 Fuengriola, Spain: A woman rides a mobility scooter past an English bar on March 19, 2016 in Fuengirola, Spain. Spain is Europe’s top destination for British expats with the southern regions of Costa del Sol and Alicante being the most popular places to live.David Ramos / Getty

LONDON — The weak pound caused by the Brexit vote has caused Britons to slash the amount they spend on European property by more than half, according to research from payment card firm Fexco.

The data indicates that Britons spent 52% less in sterling terms on Eurozone property in the first three months of 2017 compared with the same period last year.

The analysis, of more than 500 Eurozone transactions made by UK customers through Fexco’s payment platforms, shows that new property purchases have shrunk, with the majority of funds still being sent to the Eurozone destined for ongoing commitments such as mortgage payments, maintenance or management fees.

There are 1.2 million British nationals currently living in the rest of the EU.

David Lamb, head of dealing at FEXCO Corporate Payments, said that political uncertainty and the pound’s 10% fall against the Euro was dampening the British appetite for Eurozone investment.

He said: “Two major concerns have curtailed British buyers’ appetite for European property since last June’s referendum – the sharp fall in the value of the Pound and lingering fears about whether UK citizens could face restrictions on living in an EU country after Brexit.”

“No one wants to buy an overseas property only to discover they could have got it cheaper if they had waited. As a result discretionary spending – which includes new property purchases – has fallen sharply as many prospective buyers hold off on committing in hopes of a more favourable exchange rate,” he added.

“Though it has recovered from the lows it reached in late 2016, Sterling is currently 10% down on its pre-referendum level against the Euro than it was on the eve of the Brexit vote. Its continuing volatility means anyone planning to invest in a European property should consider a currency hedging strategy to ensure they get the best value for their investment,” he said.