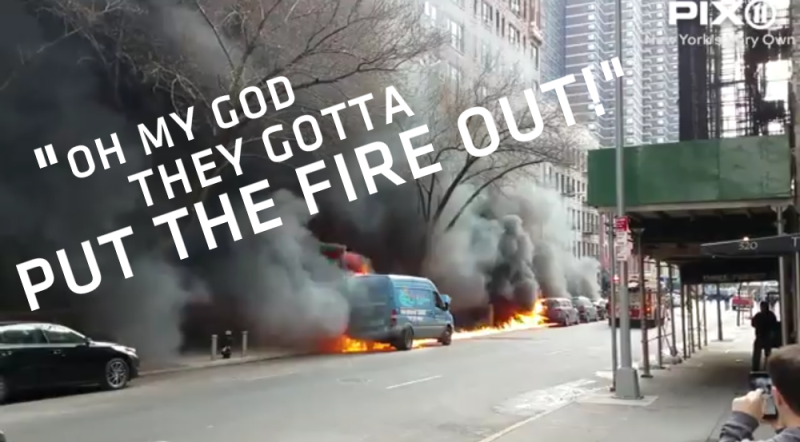 An entire row of parked cars went up in flames in New York City this morning. A helpful bystander had some advice for the fire department: ‘gotta put the fire out!’

It was something about a painter’s work van going up in flames and then leaking a stream of fire fuel down the road. Anyway, here’s the flaming rides and exasperated New Yorker, courtesy of PIX11:

You can hear some explosions, and then the guy randomly exclaim, “Oh my god they gotta put the fucking fire out! They just let it go!” I guess one of them could be his car? But he’s not shouting “my car!” so I am doubtful.

It is unfortunate that at least eight cars got randomly torched, but luckily nobody was hurt. Oh, and the van driver got arrested for operating a motor vehicle without a license.

Maybe don’t set a street on fire if you don’t have a driver’s license, friend.

California DMV To Motorists: Please Don’t Ask For The Number 69 On Your Stupid Vanity Plate (Updated)