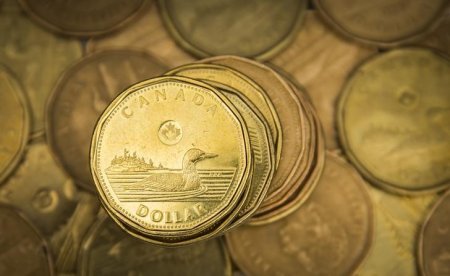 Thomson ReutersA Canadian dollar coin, commonly known as the “Loonie”, is pictured in this illustration picture taken in Toronto

TORONTO (Reuters) – The Canadian dollar rallied sharply against its U.S. counterpart on Tuesday, setting a fresh 12-week high as oil prices rose and after Canada’s economy grew more than expected in the fourth quarter.

The Canadian economy slowed substantially in the quarter, but the 0.8 percent annualized increase in gross domestic product topped both economists’ and policymakers’ expectations for zero growth.

“The numbers this morning definitely helped because I think the market was prepared for weaker data,” said Shaun Osborne, chief currency strategist at Scotiabank.

“It suggests less onus on the Bank of Canada to push rates lower.”

Market expectations for a rate cut continued to fade. The implied probability of a July cut dipped to 26 percent from 33 percent from before the data. It was at 70 percent as recently as Feb. 19.

Attention has shifted to the Mar. 22 federal budget for stimulus measures to support the economy. [nL2N1610YX][nL2N15Y20C]

“This move has probably left a few (U.S.) dollar sellers behind,” said Osborne. They would be grateful to sell into a move back to C$1.36, he added.

The spread between the 2-year and 10-year yields widened by 3.6 basis points to 70.5 basis points, indicating underperformance for longer-dated maturities.

Canadian trade data for January is awaited on Friday.