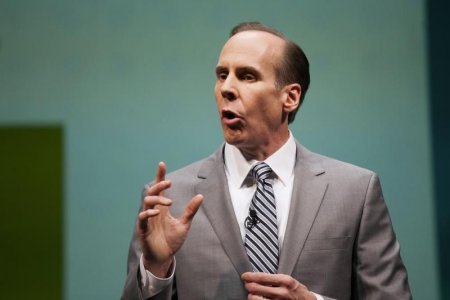 Thomson ReutersTroy Alstead, Chief Operating Officer of Starbucks, is pictured on stage during the company’s annual shareholders meeting in Seattle

The world’s largest coffee chain said in January last year that Alstead was taking leave to spend more time with his family.

Alstead had resigned from his position effective Feb. 29, the company said in a regulatory filing on Tuesday. (http://bit.ly/1T6ApTi)

Alstead, who helped lead Stabucks’ extensive restructuring a few years ago, had been with the company for more than two decades.

(Reporting by Abhijith G in Bengaluru; Editing by Sriraj Kalluvila)