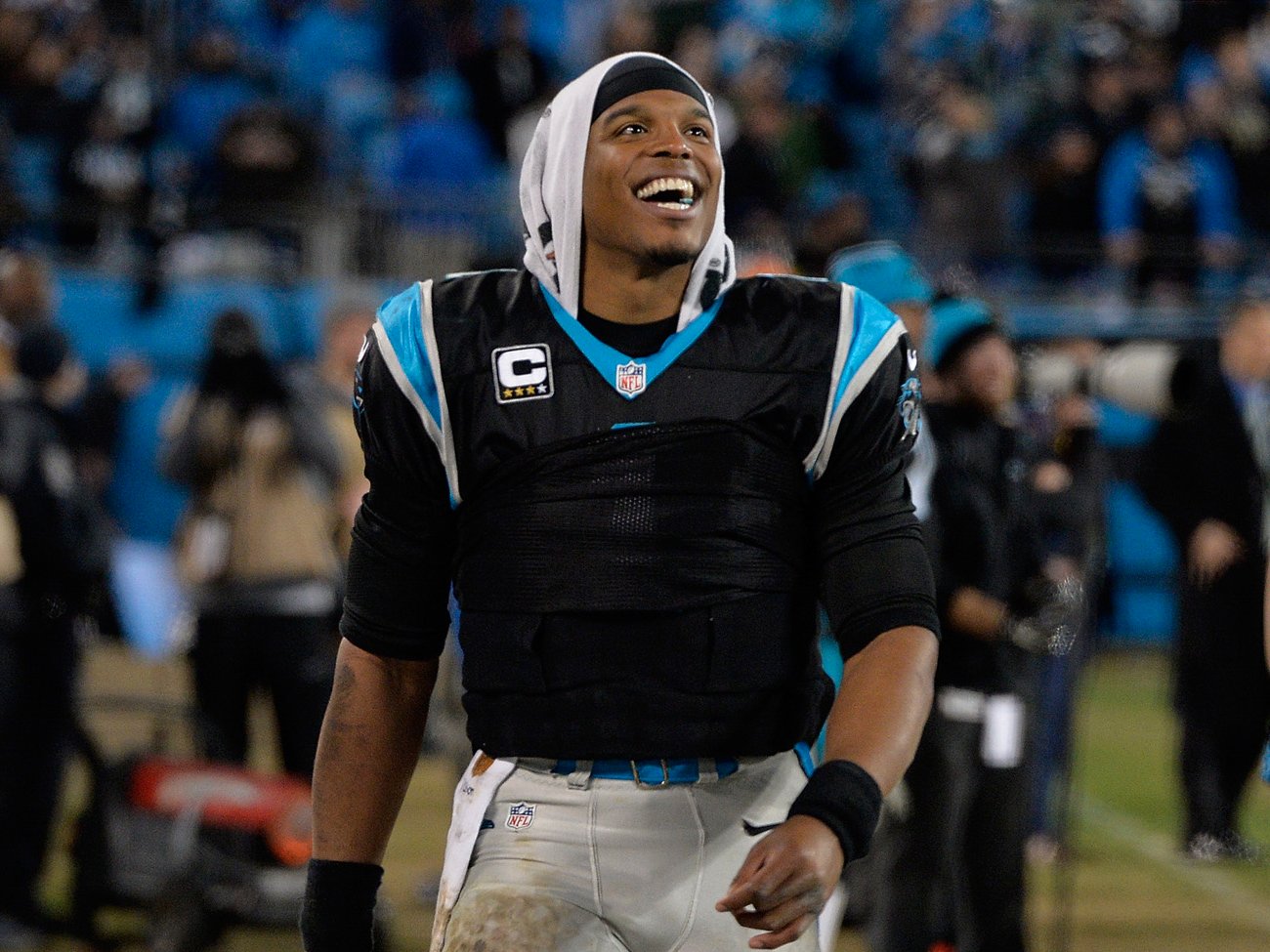 Grant Halverson/GettyCam Newton plays with an obvious joy these days.

A ref involved in Deflategate is working the Super Bowl, and Patriots fans are already losing their minds

In December 2014, in the midst of the NFL season, Cam Newton was involved in a car crash that left him with two fractures in his lower back.

The pictures of the accident made it look as though it could have been much worse.

In fact, as Washington Post’s Adam Kilgore notes in a story on the accident and Newton’s recovery, Newton said that he thought he should have died.

Instead, since the accident — for which Newton only missed one game last season — Newton and his Panthers have been on a tear, going 20-2, making the NFC Championship this season while Newton earns near-unanimous MVP praise.

The joy with which Newton and his teammates play is evident, and Newton told Kilgore that it’s all part of his renewed outlook on life.

“It makes you put what’s really important in life first. Yeah, we’re playing for the NFC Championship and potentially, if everything goes as we plan it, playing in the Super Bowl. The truth of the matter is, if I’m not in my position using my position in a positive way, then shame on me.

“When you see me play, you see a kid out there. Some people call it immaturity. I could care less. I think with this accident, it made it even more, I really couldn’t care what a person thinks. When I see a child or see a kid, and they’re shining from ear to ear because they got a football, that’s what I care about.”

Kilgore notes that Newton still wears his hospital bracelet from when he was admitted after the accident.

Panthers coach Ron Rivera added, “I think somewhere along the lines, it did change who he is, the way he looks at things, his perspective on things.”

As Newton said, he plays the game with a certain joy — dancing, celebrating, or sometimes just hollering. Said joy occasionally draws the ire of opponents and their fans, but it’s Newton appreciating his gifts.