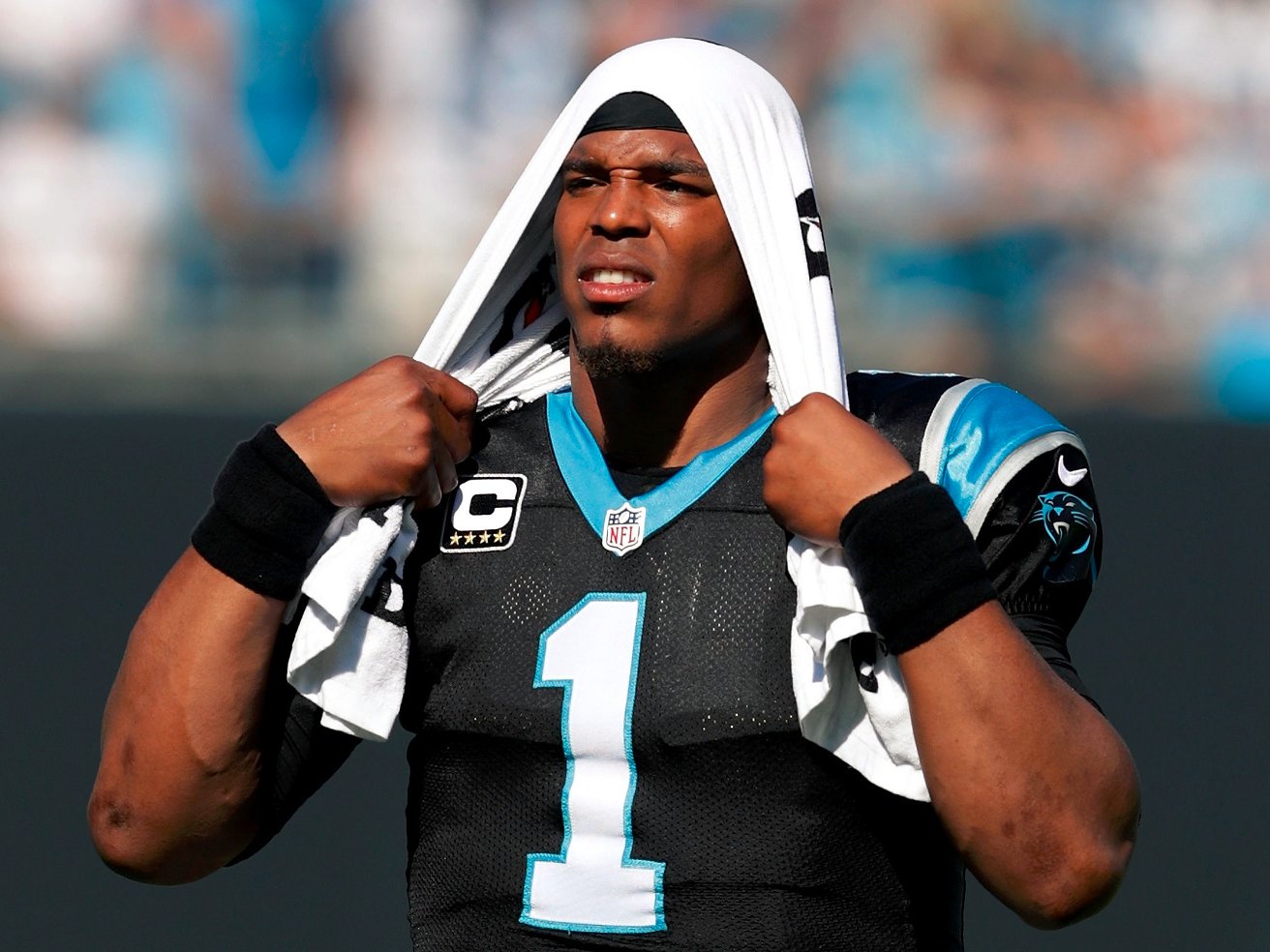 Cam Newton was unhappy with the officiating after the Carolina Panthers beat the Arizona Cardinals 30-20 on Sunday.

Though he was officially sacked just once and knocked down four times, Newton felt that, once again, he was subjected to late hits by defenders.

After the game, Newton addressed the situation, saying he’s going to talk to Roger Goodell about the situation because he no longer feels safe on the field.

“It’s really taking the fun out of the game for me. Honestly, it really is” Newton said. “Because, at times, I don’t even feel safe.”

Newton continued, saying that throughout his career, when he brings the issue up to refs, they say they missed the calls. Newton called it “bullcrap.”

“The story of my life, ever since I came in, was ‘Oh, I missed that one. Oh, I’m sorry, I’ll try to get it.’ That’s bullcrap, that’s bullcrap. Players in this league, we do something stupid, we get fined. … And I can’t just keep accepting ‘Oh, we missed that one,’ or ‘I apologize for doing that’ or ‘I didn’t see it.’ That’s horse crap.”

Newton said that for every flag a different quarterback draws for taking a hit, he can name a hit where he didn’t draw a flag. When asked what his breaking point in Week 8 was, Newton said a particular play could have torn his ACL.

Here’s video of some of the Cardinals’ hits on Newton, with Newton’s postgame comments, via Fox:

Hits on Newton have been an ongoing controversy since the Panthers first game of the season against the Denver Broncos. Newton appeared to take several shots to the head, some of which came late (after he had gotten rid of the ball) and went un-called. Additionally, Newton wasn’t taken out of the game to undergo tests for a concussion.

While Newton’s complaints aren’t anything new for the NFL, perhaps having one of the game’s biggest stars speak out publicly and say he’s going to talk to Roger Goodell will help improve the situation.