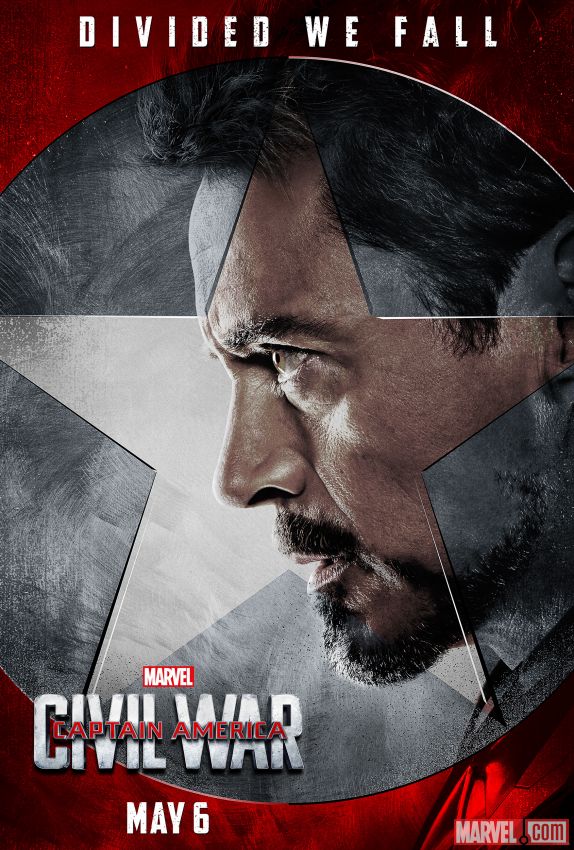 You’ve seen the teams in action, now get a closer look at who stands with Iron Man. In Captain America: Civil War, the Avengers become divided over a document known as the Sokovia Accords, which will essentially allow the government to regulate the superheroes as if they were the police. Captain America opposes the document while Iron Man is vehemently in favor. So who’s right?

That’s what Captain America: Civil War will attempt to address. If you’ve read the Civil War comics, you already know what happens, though we’re not expecting the film to match the comics beat for beat. Still, we’ve heard some pretty big rumors about what might happen at the end of the film—let’s just say you shouldn’t get too attached to some of these characters.

In any case, you can peep the posters above to see who stands on Iron Man’s side. We’ve already heard that Black Panther isn’t necessarily on any side, but he’s doing what he needs to in order to achieve his goal. Meanwhile, The Vision, Black Widow, and War Machine are all standing beside Iron Man, whose hubris directly led to the events in Avengers: Age of Ultron.

Captain America: Civil War is scheduled to hit theaters on May 6, 2016.