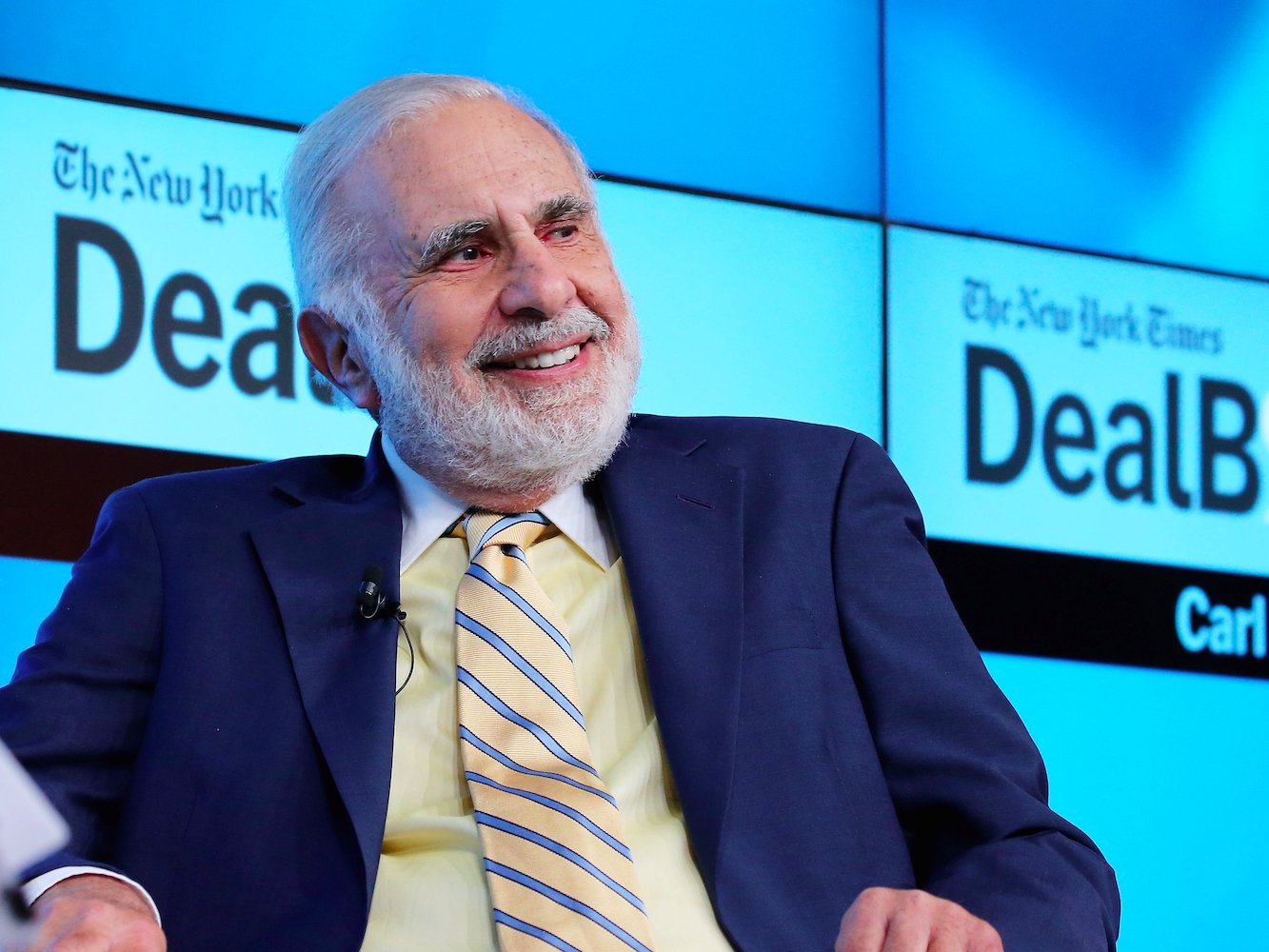 Carl Icahn, an activist shareholder who is heavily invested in Apple, has sold 7 million shares, according to an SEC filing.

Icahn grossed about $750 million from the transaction.

In May, Icahn wrote an open letter to CEO Tim Cook basically saying he thinks the market significantly undervalues Apple.

It is our belief that large institutional investors, Wall Street analysts and the news media alike continue to misunderstand Apple and generally fail to value Apple’s net cash separately from its business, fail to adjust earnings to reflect Apple’s real cash tax rate, fail to recognize the growth prospects of Apple entering new categories, and fail to recognize that Apple will maintain pricing and margins, despite significant evidence to the contrary. Collectively, these failures have caused Apple’s earnings multiple to stay irrationally discounted, in our view.

Since then, Apple’s share price has fallen significantly. It’s currently trading at around $97 per share, down from a peak of $132 last May. At the time, Icahn argued that he believed that Apple shares were worth $240.

Icahn’s public thoughts on Apple have driven its stock price up in the past.

Icahn has publicly called for Apple to hold “opportunistic” and “aggressive” share repurchases since 2013. Icahn and Cook had dinner in 2014, during which Icahn “pushed hard for a $150 billion buyback,” according to a tweet he sent.

Apple’s share-repurchase program will total $140 billion by the end of March 2017.

On Tuesday, Apple announced that it planned to issue $10 to $12 billion of bonds, mostly to finance additional share buybacks and dividends.

NOW WATCH: This gigantic machine melts snow off the streets of NYC — and turns it into your shower water