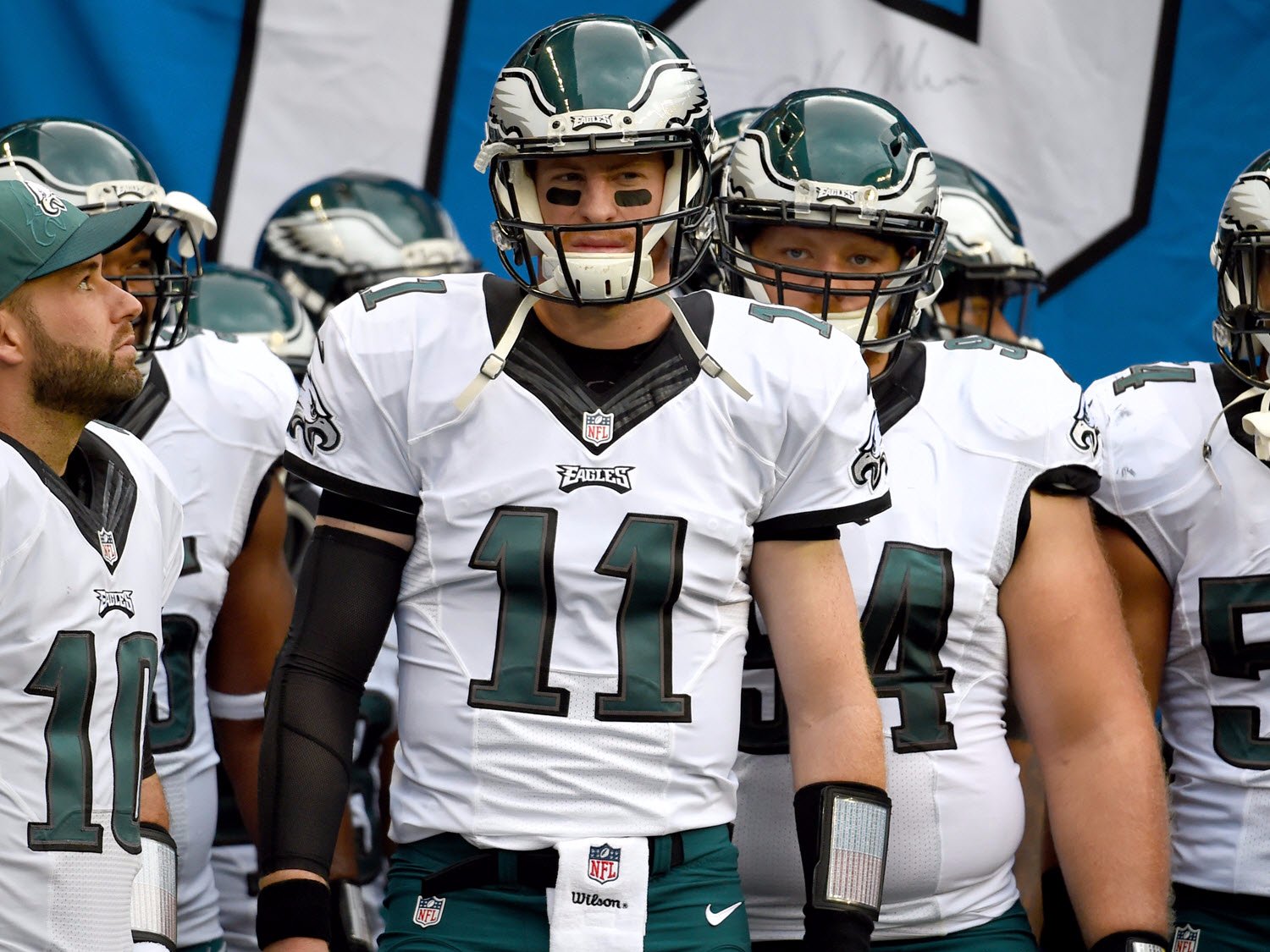 While the controversy over concussions in the NFL rages on, Philadelphia Eagles quarterback Carson Wentz is one of the first players using a new helmet that is like nothing seen in the NFL before.

On Wednesday, the NFL posted a photo of Wentz from training camp and the first thing that sticks out is the new oversized helmet he is wearing. That is the new Vicis Zero1, a helmet that has yet to appear in a game but is already considered the safest helmet in the NFL.

Here is the helmet Wentz was wearing in 2016, during his rookie season. The helmet is made by Vicis, a Seattle-based startup. According to Inc., 25 NFL teams and “at least” 20 college football teams have ordered the helmets for the 2017 season.

While the size of the helmet is certainly noticeable, what really stands out about this new helmet is its flexibility.

The Zero1 is designed to absorb hits better than traditional helmets and to reduce the “shaking” of the brain inside the skull when the head comes to a sudden stop.

In a recent study conducted by biomechanical experts for the NFL and the NFL Players’ Association of 33 helmets approved for use by NFL players, the Vicis was rated as the No. 1 helmet for reducing “head impact severity under conditions simulating potential concussion-causing impacts sustained by NFL players during games.”

The University of Mississippi is one of the schools that will use the new helmets this upcoming college football season.

New helmet technology being tested for @OleMissFB this spring. @VicisPro#OleMisspic.twitter.com/q96SRhJaeD

According to Vicis, the helmet has a soft outer shell and an inner layer that are separated by a series of columns that are bendable. These columns absorb some of the energy from a collision involving the helmet. While Wentz may be the first big-name player spotted wearing the new technology, with more players aware of the dangers of head trauma in football, he almost certainly won’t be the last.