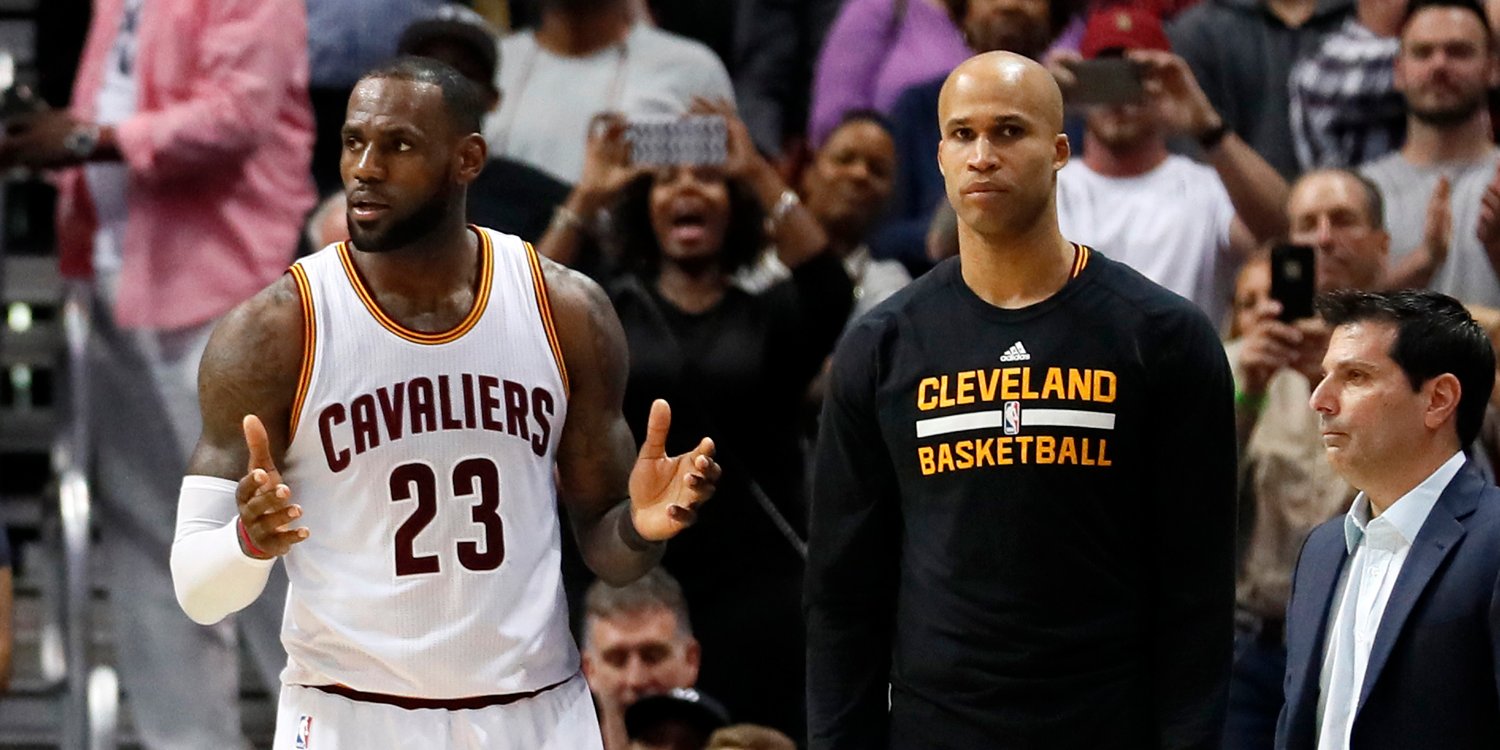 It was not a good weekend for the Cleveland Cavaliers, who lost both games of back-to-back to the Atlanta Hawks.

The latter loss was particularly brutal for the Cavaliers, as they blew a 26-point lead, including 24 in the fourth quarter, to lose 126-125 in overtime on Sunday.

However, the Cavs also have a legitimate gripe with the game-changing call at the end of regulation.

After Paul Millsap hit three free throws to bring the Hawks within two with 8.3 seconds left, the Cavs inbounded the ball to Kyrie Irving. Irving was trapped in the corner by Millsap and Kent Bazemore, and the refs called a jumpball.

However, replays showed that in calling the jumpball, the refs also missed the Millsap and Bazemore were both out of bounds when they tied up Irving. Here’s the play:

And the ref was right there! On the ensuing play, the Hawks won the jumpball and Millsap tied the game at the buzzer.

The referees didn’t do the Cavs any favors in overtime, either. With under two minutes to play, LeBron James was whistled for his sixth foul on a phantom call. The refs said he pushed Millsap in the back, though there didn’t appear to be any serious contact.

The Cavs then couldn’t seem to get out of their own way, committing a turnover that led to a Hawks layup with 25 seconds to go. Kyrie Irving then drove the lane moments later and got called for a charging foul. The Hawks held on for the win.

James was critical of the refs after the game, saying his last foul “wasn’t a foul,” and also pointing to the missed out-of-bounds call on the jumpball.

“We had some bad breaks, obviously, with the jump ball. A couple of their guys were out of bounds. And then with the jump ball for Kyrie in the corner, I’m sitting right next to the ref [Leroy Richardson] and asking for a timeout, and the explanation he gave me, I never heard in my 14-year career. Never. So it doesn’t take away from the fact that we still had a huge lead to start the fourth, but every play counts, no matter what is going on.”

James is right that the Cavs put themselves in a bad position by blowing such a big lead. However, each play does count, and the referees made some questionable decisions down the stretch.

The NBA’s last-two-minute report will likely favor the Cavs, but it won’t change the result.