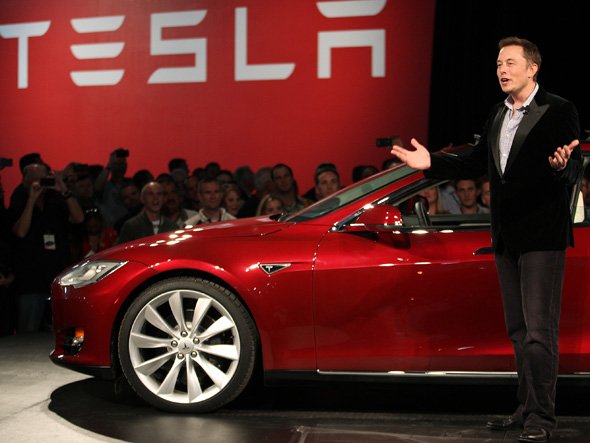 He says he spent the last seven months driving a Tesla, and after getting a feel for the car, meeting with the company’s management team, and crunching the numbers, Potter upgraded Tesla’s stock from “Neutral” to “Overweight” and upped his price target from $223 to $368.

That’s about 18% above its current stock price.

In a note sent out to clients on Monday, Potter says that “even with all the risks, we think growth investors can’t afford to ignore this stock.”

Potter thinks Tesla is not like other companies and is given a big valuation and forgiven for mistakes because it evokes real emotions in people such as, “optimism, freedom, defiance.” The company has an almost cult-like following that makes it difficult for analysts to cover, which Potter thinks this is a good thing for Tesla investors overall, noting:

Tesla’s products have a captivating impact on consumers and shareholders alike; this advantage will be difficult to replicate. In the minds of its customers, employees, and shareholders, Tesla isn’t just another company. More so than any stock we’ve covered, Tesla engenders optimism, freedom, defiance, and a host of other emotions that, in our view, other companies cannot replicate. As they scramble to catch up, we think Tesla’s competitors only make themselves appear more desperate. With this in mind, even if the Model 3 production launch goes badly, we think customers (and more importantly shareholders) will withhold judgment.

Potter says that the company’s new Model 3, which is scheduled to begin shipping before the end of 2017, should be profitable faster than any other previous Tesla model. He also thinks it’ll be the biggest Tesla model by volume because of its relative affordability. Tesla thought out every part of the Model 3 to save 50% to 60% compared to the Model S including: batteries, instruments, wiring, fluid connectors, and supplementing expensive aluminum with less expensive steel, he says.

Potter is also excited about Tesla’s Gigafactory, which is on track to be completed by 2020. The Gigafactory will allow Tesla to produce 500,000 cars in 2018, cut costs, boost margins, and make its batteries in the US instead of Japan.

“Our model implies TSLA will miss its 500k production target in 2018, but with deliveries of 750k+ the following year, this hardly matters,” Potter wrote. “Our model contemplates low/mid-20s gross margin for the automotive business, relatively little profit growth in non-automotive businesses, and no need for additional capital raises.