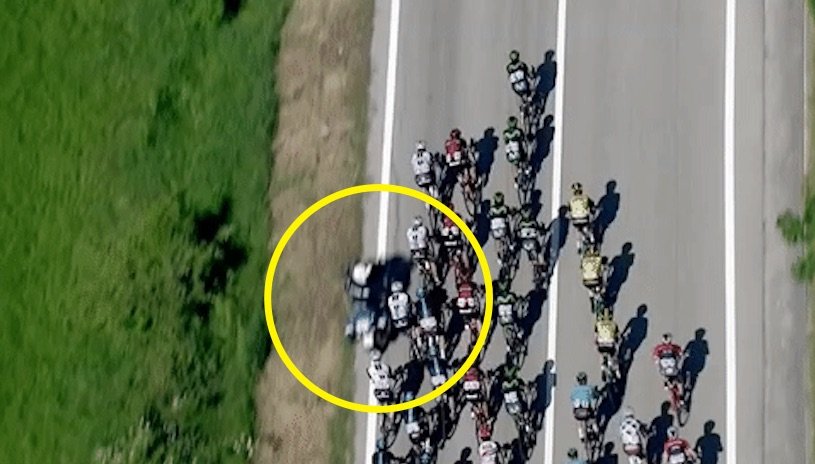 A police motorcycle parked on the racecourse at the Giro d’Italia has wreaked havoc on the race and sent several riders — including at least one favorite, Geraint Thomas — crashing to the ground.

In the GIF below, you can see the peloton racing along at speed as it comes up on the motorbike on the left side of the road:

It’s unclear why the motorbike was parked on the racecourse and not pulled off to the side of the road.

Team Sky appeared to be most affected, with several of its riders hitting the deck hard.

He got up and continued racing, but he was well down on his rivals and left chasing.

The rider who initially hit the parked motorbike appeared to be Wilco Kelderman of the Sunweb team.

The peloton had been racing on stage nine toward the big climb at Blockhaus, the hardest of the three-week race.

Months and months of training and sacrifices, down the drain because of a stupidly parked motorcycle. NOT OK.

It’s unclear which riders were involved in the crash and the extent of their injuries. We’ll update this post as we learn more.