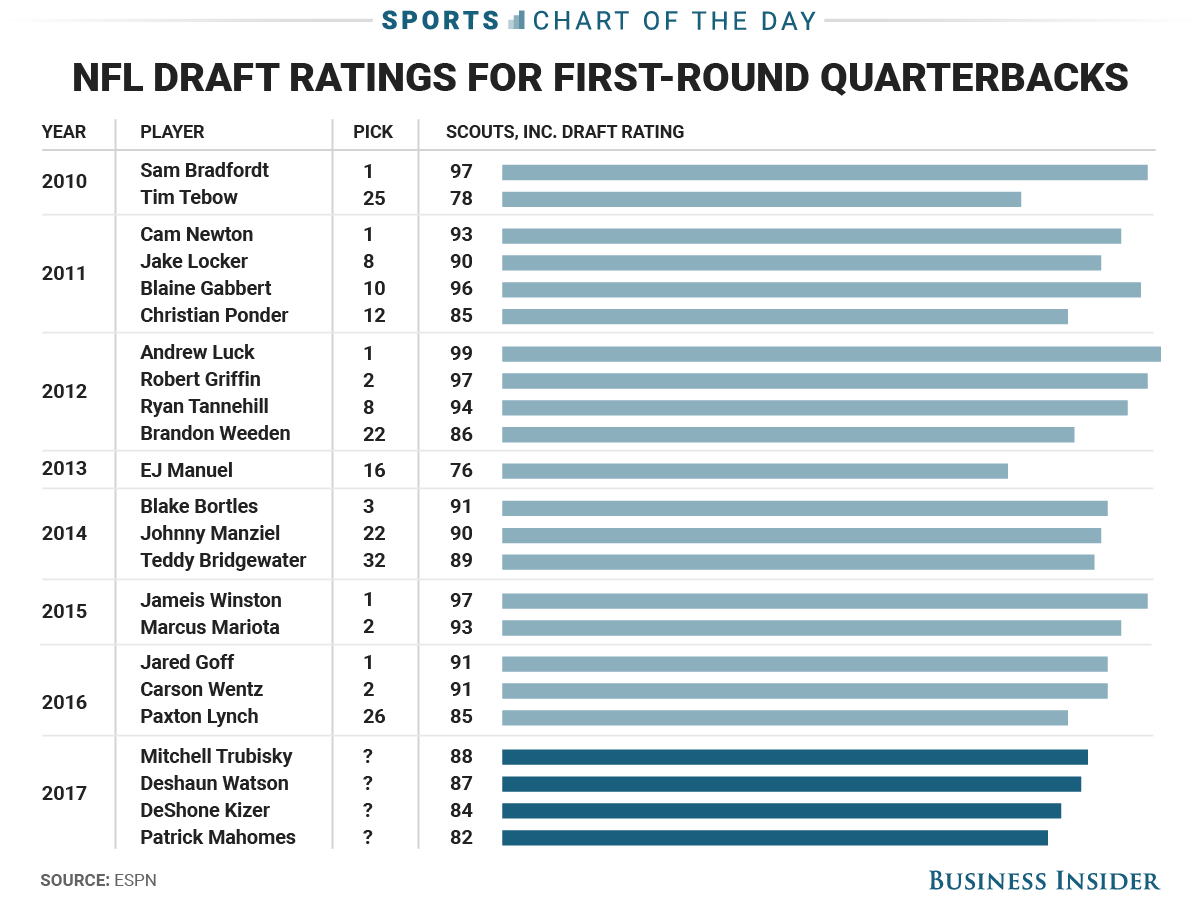 ESPN’s Adam Schefter reported this week that the Cleveland Browns have not ruled out taking North Carolina quarterback Mitchell Trubisky with the first pick in the upcoming NFL Draft. While it is common for teams to reach for quarterbacks early in the draft, Trubisky would be a reach unheard of in recent years.

In the last seven drafts, 19 quarterbacks have been drafted in the first round. Those quarterbacks had an average Scouts, Inc. draft rating of 90.4 (out of 100; via ESPN), with Andrew Luck (99 in 2012) receiving the highest rating. If we look at just QBs taken in the top five, the average rating jumps up to 94.3, with no signal-callers rated below a 91. SEE ALSO:Sergio Garcia finally wins the Masters — here’s how he spends his millions and lives his life off the course