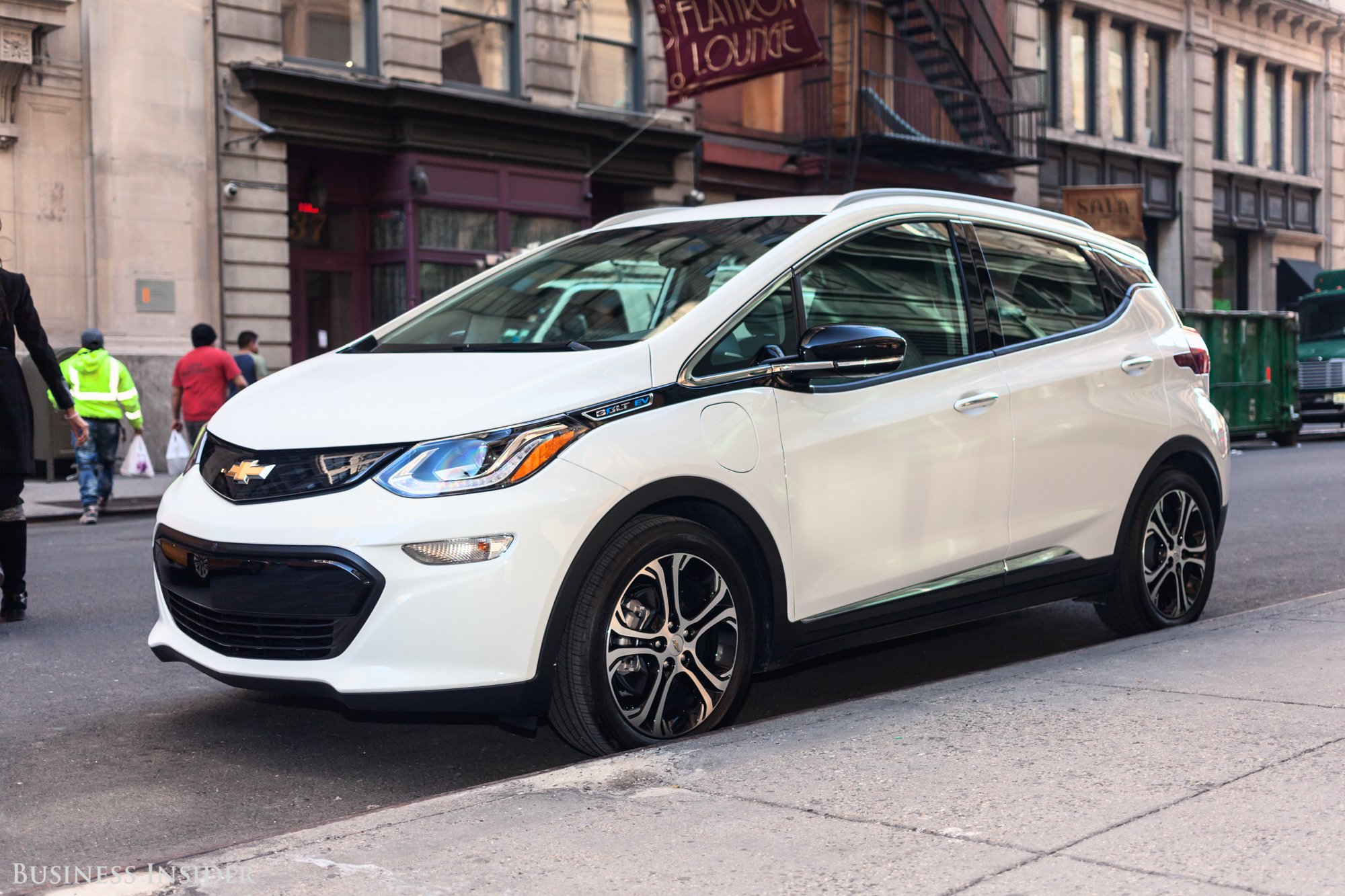 The Tesla Model 3 and the Chevy Bolt are both long-range, all-electric cars for the people — each is about $35,000 to $37,000 before tax credits — but they embody very different design philosophies.

The Model 3, expected to launch later this year, is the handiwork of Tesla’s chief designer, Franz von Holzhausen. When it was unveiled in March 2016, it set a slightly new direction for the carmaker. The front fascia, for example, lacked any conventional automotive cues, such as a grille — an unnecessary element, of course, because Teslas don’t need to inhale air to burn gasoline.

The Tesla Model S and Model X would adopt this new language. In any case, the Model 3 continued Tesla’s tradition of making its cars look sleek, fast, and sexy. The Model 3 might be for the mass market, but it evokes the luxury EVs that Tesla is selling. The Bolt is something else altogether: an electric car that aims for practicality over sex appeal, while still serving up some tasty performance. (You can read our review here.) Designer Stuart Norris and the South Korea-based studio made sure the Bolt was roomy inside and provided good cargo capacity.

The Bolt looks much more like an everyday five-door hatchback. In this sense, it’s a throwback to some earlier ideas about alternative-fuel vehicles. Think of the Toyota Prius when it arrived — nobody would have called it beautiful. Its appearance advertised its virtue.

It’s sexy versus sensible, then, when you put the Bolt and the Model 3 side by side. (By the way, we’re talking about the preproduction version of the Model 3. The real deal won’t enter our field of vision for a few more months.)

Here’s an annotated examination of both vehicles.