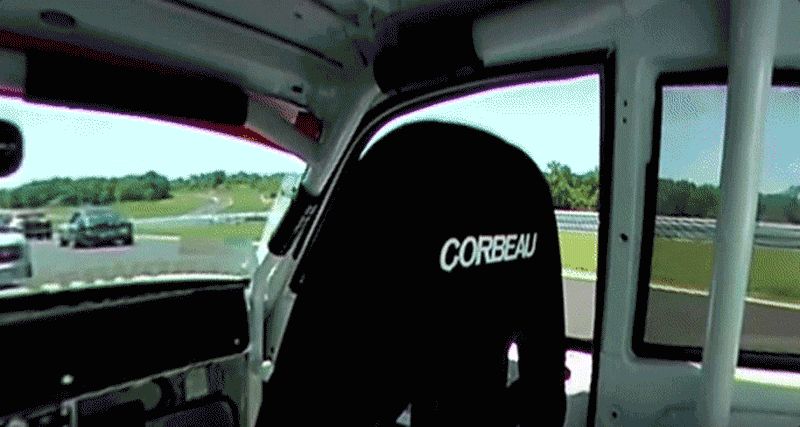 I love a good onboard racing video, but when you give me all 360 degrees around the car to watch, I can easily kill a whole afternoon. I want to know where all the other cars are, how corners get taken, and even take a closer look at all the things I need to fix on my own car. Surely I can’t be the only one.

I especially love 360-degree cameras in club racing videos, as major televised races usually do a fairly decent job of going through all the relevant angles of the action. With club races, you usually just get the one camera angle out the front of someone’s car. Not so if they stuck a 360-degree camera in the middle—which rules.

Here’s a fun 360-degree video in Michael Gerowitz’s 1988 Spec 944 at PittRace that has eaten up entirely too much of my afternoon with multiple clicks for all the angles of what is really a much nicer version of my crapcan race car.

It’s Gerowitz’s first time racing the car in NASA’s Performance Touring D class, which is running in a combined race group with a few other class at the same time. Unfortunately, the car loses its clutch disc after 12 of the 15 race laps. Still, Gerowitz somehow managed to set a PTD lap record of 2:06.6 while coasting on his dead clutch. The other car running in the PTD class broke, so he even got first place for the race. Such is the joy of running in a smaller class.

I can waste hours watching how he cranked out fast laps in this car, because I can click here, then I can click there, and then I can move around the camera to see who’s back there, up there, besides him there, and…you see where this is going.

Shoot, I’ve even looked over the interior paint job and kicked myself for not doing a better job painting my roll cage (again). This need to click on all the angles is a weakness—one that I need to pry myself away from so I can actually, you know, fix my 944.

The Kind Of Racing You Can Go Do