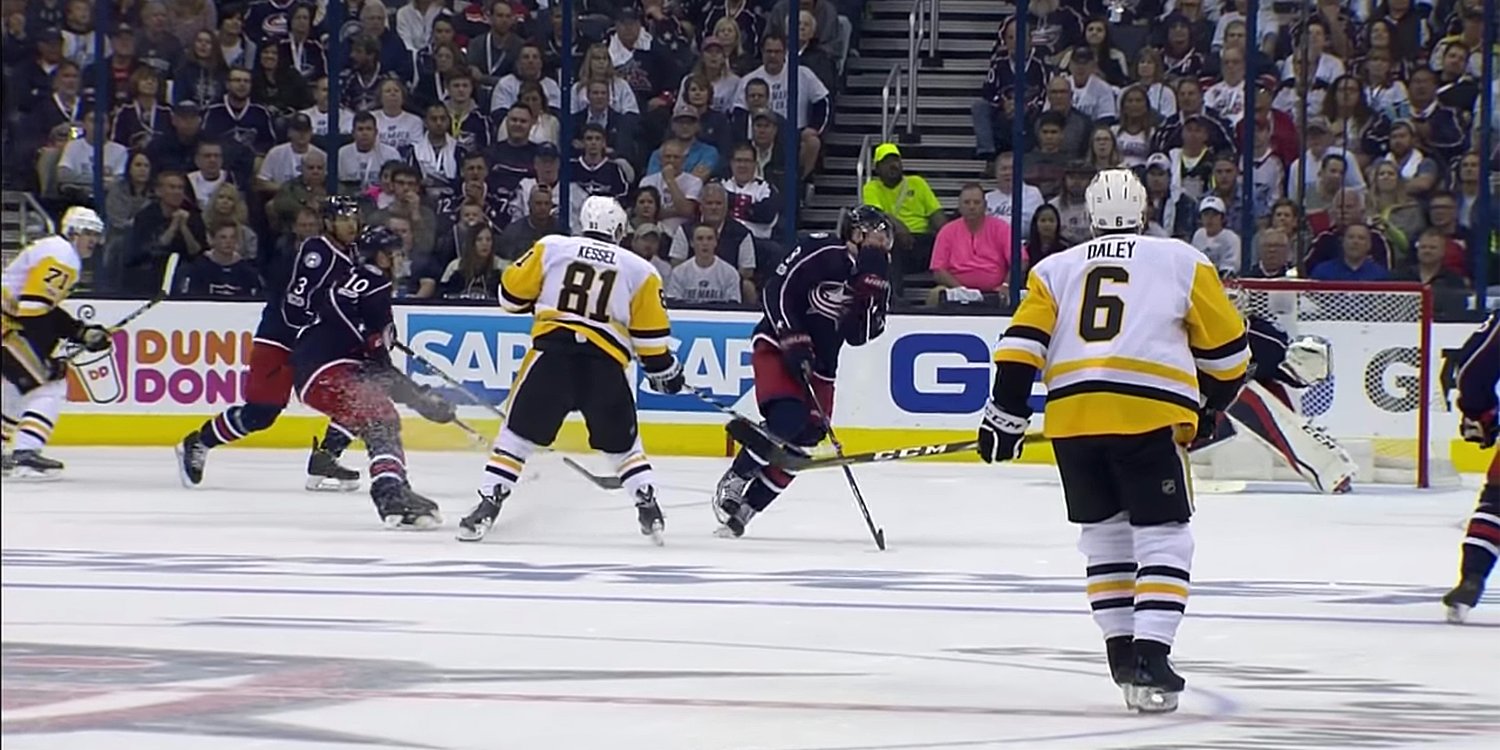 Columbus Blue Jackets defenseman Zach Werenski came back from a play that would have knocked most people out of a sport for life.

During the second period of Game 3 of the Blue Jackets’ first-round series against the Pittsburgh Penguins, Werenski took a puck to the face while defending a shot by Phil Kessel.

Weresnki was immediately down, gushing blood on the ice, as play continued. The Penguins later scored to tie the game up at 3-3, leading to some controversy over whether play should have stopped.

That Werenski was able to skate off the ice by himself is incredible. Even more incredibly, Weresnki later returned to the game. The Penguins won 5-4.

Afterward, Weresnki showed off the aftermath of the incident with a gruesome photo.

Here’s the play where Werenski got hurt:

Replay showed the puck actually slipped under the visor and hit Werenski just below the eye.

Hockey players: tougher than the rest of us.