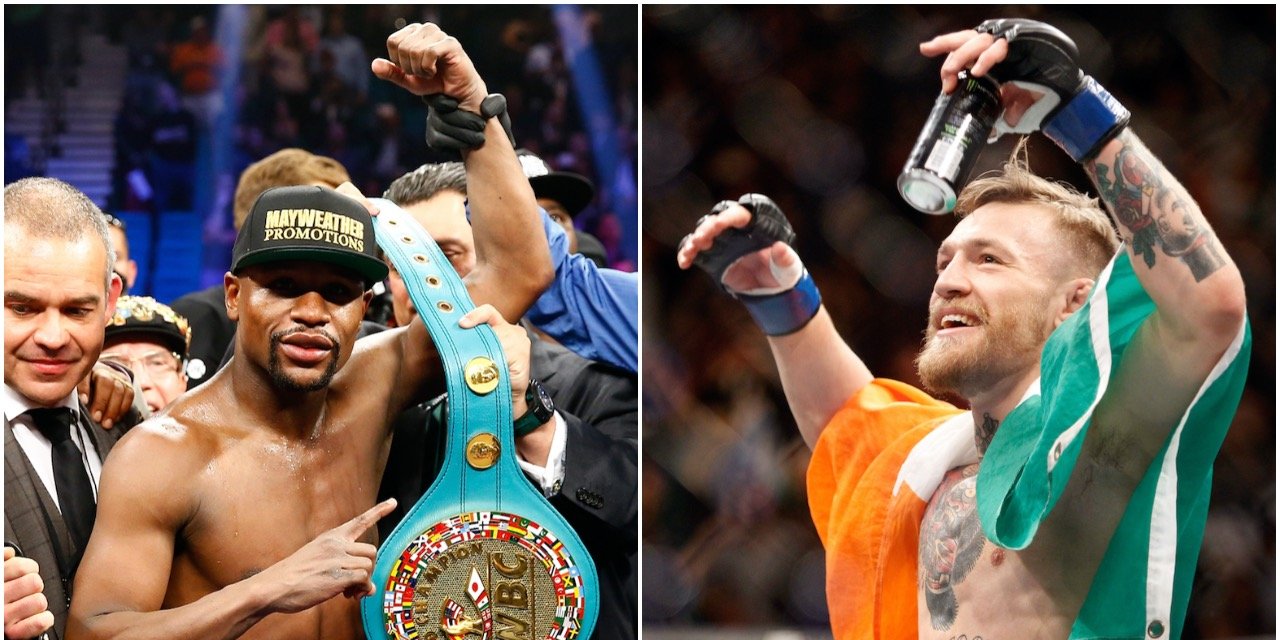 The boxing rules contest is scheduled to take place on Saturday, August 26 at the T-Mobile Arena in Las Vegas.

But before the ink had even dried on this “half-a-billion dollar” deal, McGregor started trash-talking his opponent.

Heading straight to social media — where the fight was confirmed by Mayweather on Wednesday — McGregor, 27, posted an image of himself and Mayweather Sr, Floyd’s 64-year-old father, with the caption “THE FIGHT IS ON,” a clear jab at the unbeaten American’s age (40).

THE FIGHT IS ON. pic.twitter.com/KhW0u3jRft

McGregor’s head coach, John Kavanagh of the Straight Blast Gym in Dublin, also got in on the action.

Instead of highlighting the age difference between his fighter and Mayweather, Coach Kavanagh insinuated that Mayweather behaves like a 12-year-old, with a tweet that said: “if u ever wondered how a 12yr old boy would act if they suddenly had a lot of money #MayweatherIsMentallyChallenged.”

https://t.co/PDd3k8Mprw if u ever wondered how a 12yr old boy would act if they suddenly had a lot of money #MayweatherIsMentallyChallenged

This fight sees a former five-weight world champion Mayweather contest his 50th professional bout against an opponent who, regardless of his striking experience in MMA, is still a boxing debutant.

It has therefore prompted debate over the legitimacy of the contest, with one Business Insider journalist even labeling it “a circus” when it was mooted earlier this year.

However, one thing is clear — judging from Mayweather and McGregor’s previous press conference form, we are in for a treat when these two athletes trade blows at media events in the coming weeks.

After all, McGregor’s motor-mouth is a thing of legend.