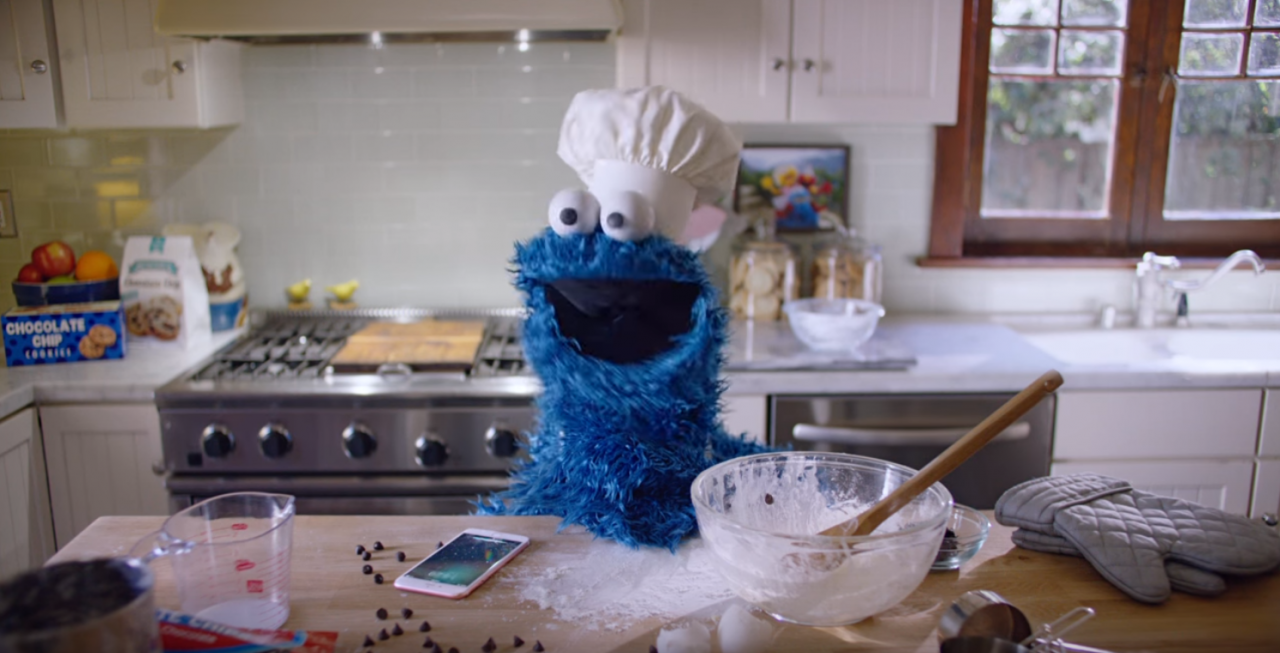 Apple has recruited a whole bunch of famous faces to promote iPhone 6s, but one we didn’t think we’d see was that of the Cookie Monster. The lovable Muppet features in its latest commercial and uses Siri to help bake cookies.

After slipping his cookies into the oven, Cookie Monster uses the wireless “Hey Siri” feature, which is new to iPhone 6s and iPhone 6s Plus, to set a timer and then play his “waiting playlist.” He uses it again just a minute later to see how long’s left.

Hey Siri actually made its initial debut of previous iOS devices with the iOS 8 update rolled out in September 2014. However, older devices must be connected to a power source to use Hey Siri; only the latest can use it wirelessly.

Apple is expected to announce a new iPhone with a smaller 4-inch display on Monday during its big keynote. Recent reports have claimed it will be named iPhone SE, and could pack an A9 processor, the same camera as iPhone 6s, Apple Pay, and Touch ID.