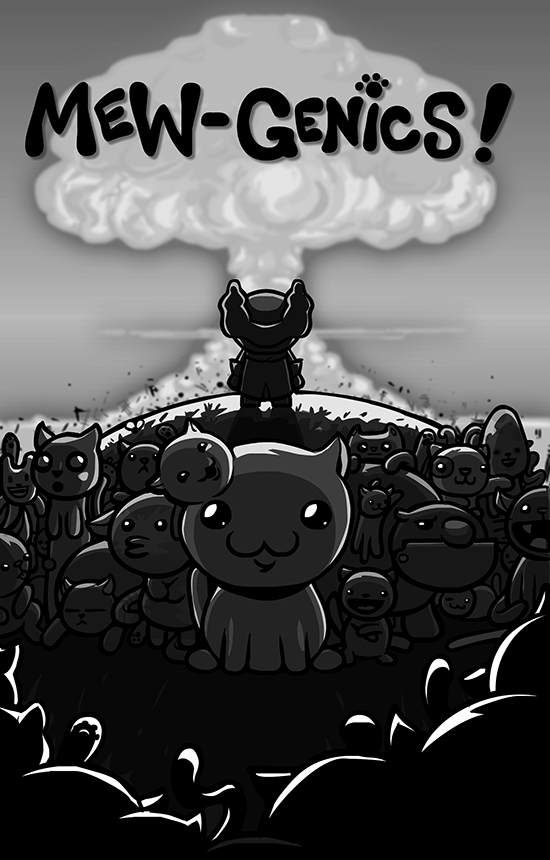 What we have here today is a great example of a good news meets bad news situation. Let’s start with the bad.

Developer Edmund McMillen spoke with Eurogamer recently and confirmed that the zany looking Mew-genics, a game about collecting and breeding cats, has been put on indefinite hold. Here’s what he said.

“I’m unsure of its future but there is a chance we will attempt to revamp it in a few years with a new design of mine that will push it in a new direction that will hopefully make it more exciting for both of us to work on.

But sadly till then it’s not gunna happen.”

Okay, the good news? McMillen made this announcement after news broke of his and James Id’s next game, The Legend of Bum-bo. Here’s the logo that accompanied its reveal.

The Legend of Bum-bo, subtitled “Bum-bo want coin!,” is a “turn based puzzle RPG type thingy thats randomly generated.” The game was discussed on The Binding of Isaac‘s official blog, and McMillen points out that this was done on purpose.

We’ll have more on both games as the news comes.