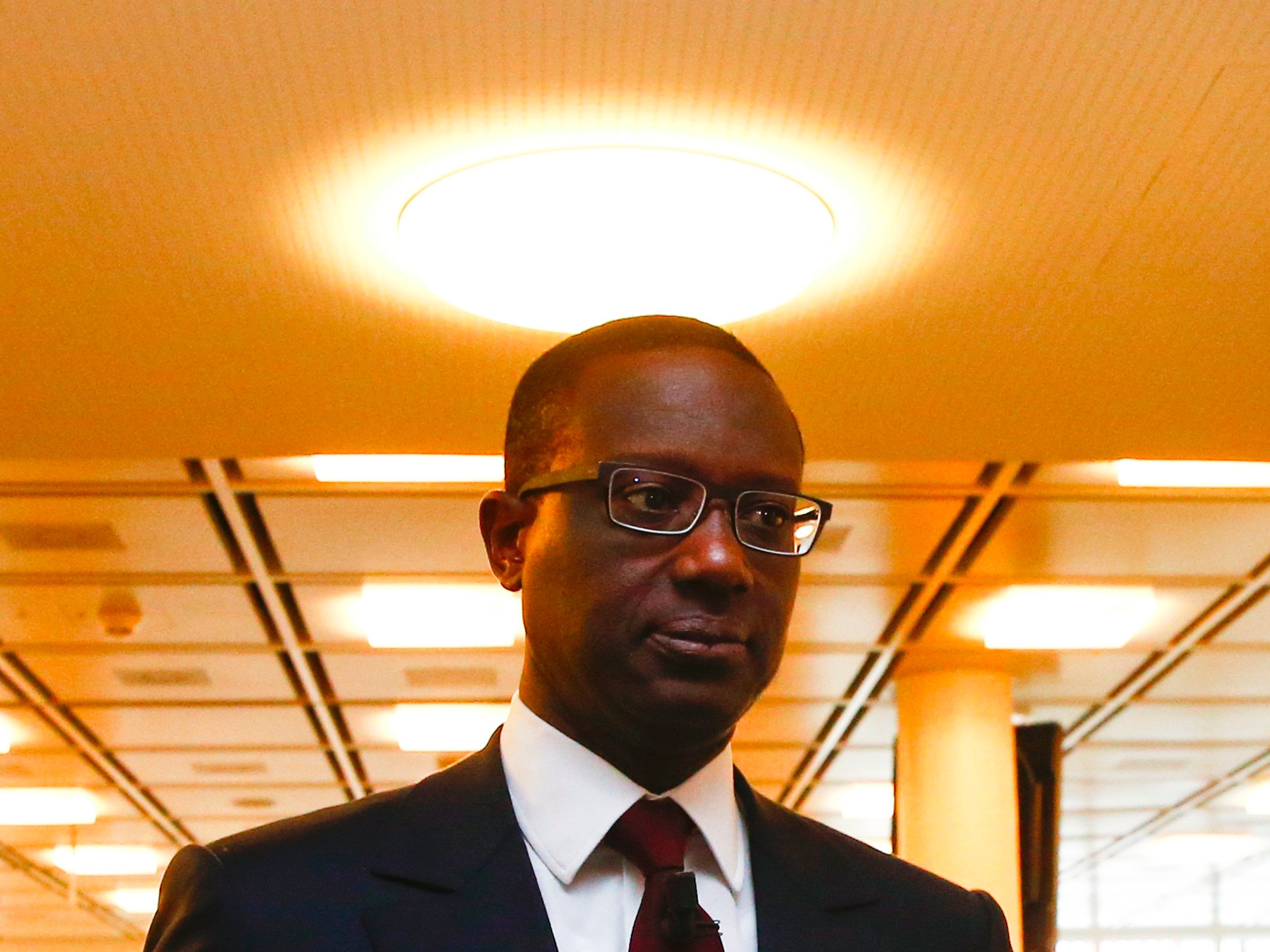 The boss of Credit Suisse asked the bank’s remuneration board to slash his bonus after the group posted a horrific set of results this month.

Tidjane Thiam, who took over as CEO in July last year, told the Swiss paper Sonntagszeitung on Sunday that “I proposed to the board to markedly reduce my bonus. My cut is the biggest within the management team.”

The Financial Times then followed up and a spokesperson told the paper that Thiam “asked the board to cut the bonus awarded to him for 2016 as an act of solidarity given the difficult year the bank has had and the fact that bonuses have been cut elsewhere across the group.”

Thiam, who previously called salary and bonus payments a “battleground,” is asking for the board to decide on the level of the bonus reduction of between 25% to 50%.

The announcement comes shortly after Credit Suisse reported its first annual loss since 2008. The bank posted a 2015 net loss of 2.94 billion Swiss francs (£2 billion, $2.92 billion), worse than the median estimate of a 2.12 billion loss in a Reuters poll.

“Market conditions in January 2016 have remained challenging and we expect markets to remain volatile throughout the remainder of the first quarter of 2016 as macroeconomic issues persist,” said Thiam at the time.

It is the first set of full-year results he has had to announce at Credit Suisse. Only four months ago, Thiam embarked on the biggest overhaul of Credit Suisse in almost a decade. This included raising fresh equity from investors, increased its bet on wealth management, slimmed down its investment bank and cut jobs.

On a call after the announcement, Thiam said the firm would cut bonuses by 36% in the global markets — or sales and trading — division.

Analysts are still unsure how Credit Suisse will hit its so-called growth targets. In the same report by Sonntagszeitung on Sunday, he said a statement he had made in October about 2018 profits was misunderstood. “I never announced a 2018 goal of a 9-10 billion (Swiss francs) profit,” Thiam said.

In November, Thiam also nailed the banking industry’s biggest problem in a sentence, which hits back at analyst fears over growth concerns.

“We don’t really have a good measure to triangulate returns,” he said in November at the Financial Times banking summit.

It means banking is an industry that doesn’t know how to set meaningful profit targets, which is a huge issue when trying to work out a business strategy.