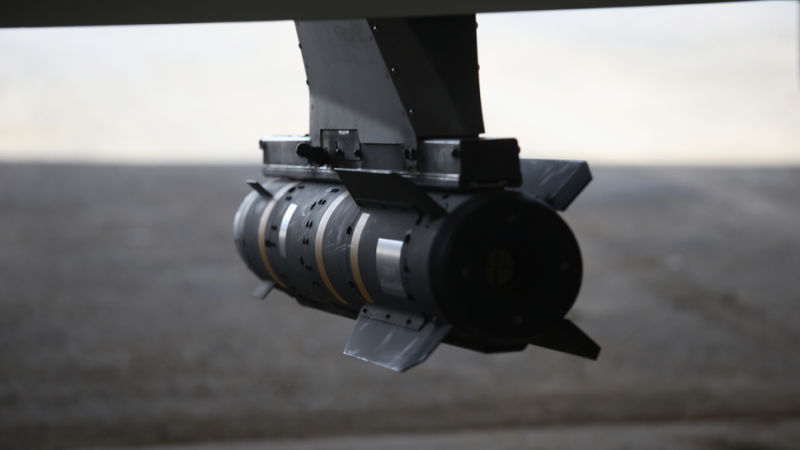 Back in January, the U.S. accidentally ended up shipping a Hellfire ground attack missile, full of sensitive missile technology, to Cuba. Oops! Cuba just gave it back, after a month of holding onto it.

It’s still a bit unclear as to how the training missile—which was missing its explosive warhead, but for all intents and purposes is pretty similar to a live one—ended up in the communist state which we’re only now seeing rapprochement with. An investigation by theWall Street Journalfound that it was originally loaded onto a plane in Orlando, to be shipped to Europe for a NATO exercise.

Clearly marked as the sort of thing that shouldn’t be messed around with, it was then subsequently messed around with, first being placed on a truck from Spain to Germany, then instead of going from Germany back to Spain, it was put onto an Air France flight to Paris, where it was then loaded onto yet another Air France flight, this time directly to Cuba.

And it’s still considered, publicly at least, a mystery as to whether or not all that re-routing was done intentionally. It’s still possible that it could have just been a big fuck up, of course.

The AGM-114 Hellfire is mostly an air-launched missile, and in time of war would primarily be used to destroy tanks. They’ve been used on everything from AH-64 Apache helicopters to C-130 cargo planes modified for attack purposes to Predator drones, and used in conflicts from Panama to Iraq and Afghanistan.

Did Cuba crack open the missile to find out what secrets lay inside, and then possibly share that information with whoever they felt like inviting to the party, including China, North Korea, or Russia? Obviously, no one’s saying, but probably. Hell, it’s the sort of thing the United States has done in the past.

The U.S. State Department and Cuba have been pretty magnanimous about the whole thing, the way governments usually are when they say things about gritted teeth (via the Journal):

The Cuban government issued a statement in Spanish on Saturday saying its Customs officials had seized “a rocket with a laser-guided Hellfire AGM 114 warhead.’’ The statement said the missile apparently arrived in Havana by mistake and that Cuba had previously “communicated its intention of returning it.” The U.S. government and Lockheed Martin sent a team of experts to inspect and take back the missile, the statement said, adding: “Cuba acted with seriousness and transparency, and cooperated to find a satisfactory solution to this event.’’

The missile was reportedly returned back to the Floridian warehouse from whence it came, just over a month behind schedule.