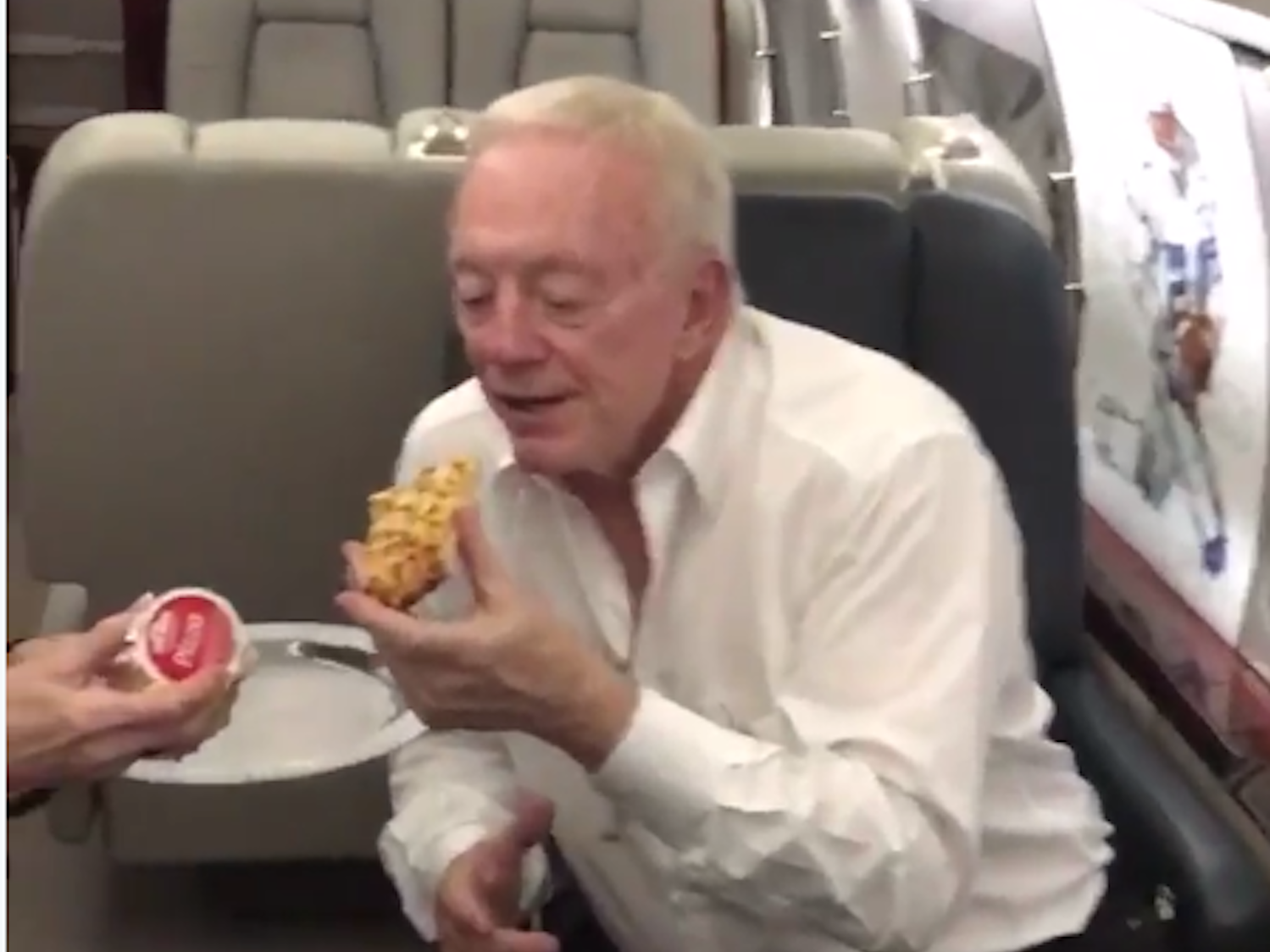 It was only a matter of time before a group of adults ruined the objectively fun Mannequin Challenge (#mannequinchallenge) sensation that took the Internet by storm last week. Aboard a private jet on Sunday following their team’s seventh consecutive win of the season, the Dallas Cowboys executives did just that.

In case you missed it, the Mannequin Challenge is the big new teen thing that, like Planking, Tebowing, and the Running Man before it, had completely enraptured the internet thanks to the teens.

As the old saying goes, a viral teen challenge is worth a thousand words, but most basically the Mannequin Challenge requires a group of people to freeze in the middle of whatever they’re doing as the camera pans across the whole scene.

It is silly and fun, and Jerry Jones ruined it.

First we see Stephen Jones pretending to eat an invisible slice of pizza while receiving a real slice of pizza, and then as we pan through the cabin of the jet we see Jerry Jones inexplicably eating off a plate held by someone else.

Because this monstrosity is filmed in the middle of a flight, it’s very hard for any of the players in this scene to stay frozen, which — again — is the one gimmick upon which the entire Mannequin Challenge is based.

The Cowboys are 7-1 behind the play of rookies Dak Prescott and Ezekiel Elliott. When the team goes off the rails during the second half of the season, we can point to this video.