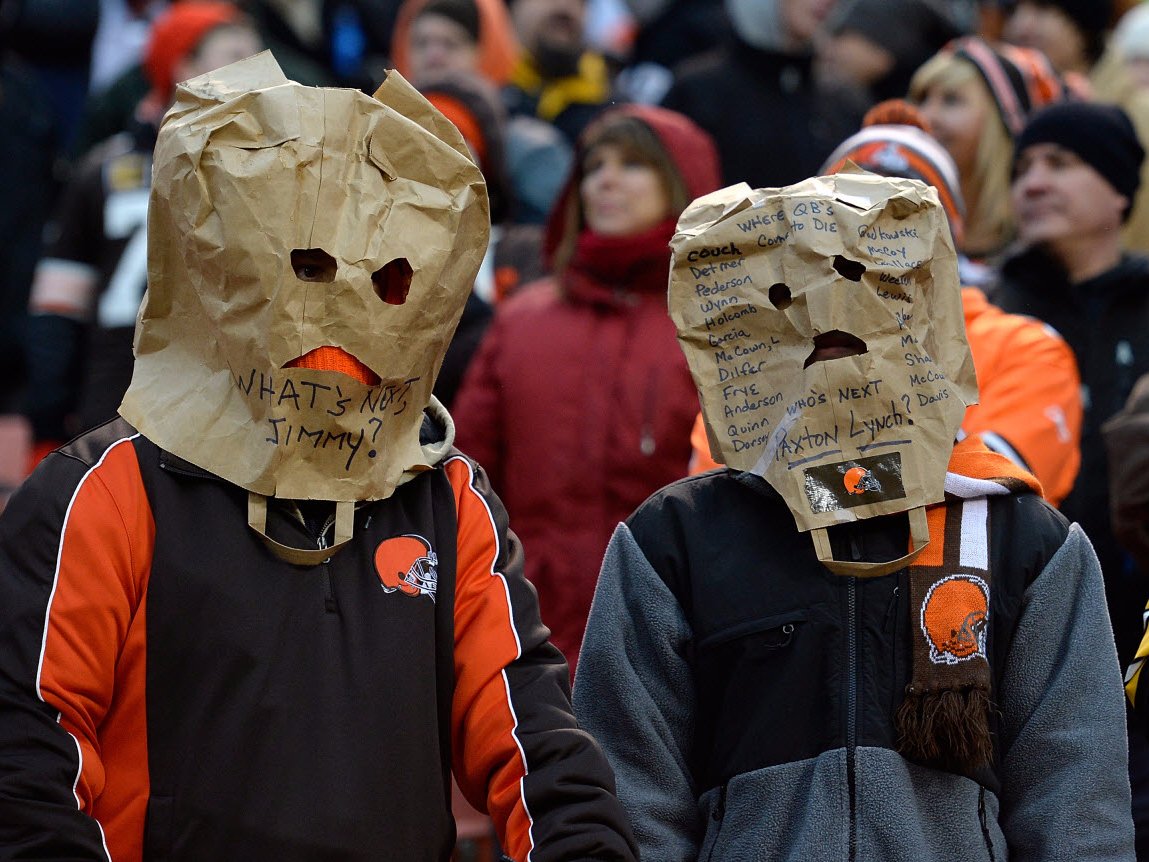 It has been 14 years since the Cleveland Browns have been to the playoffs and the way things are going so far this offseason suggests it isn’t going to change anytime soon.

The Browns’ offseason got off to a rough start with the circus that is Johnny Manziel. Now, reports have emerged from the first days of free agency that are shedding light on just how bad things have gotten for both the front office and the players.

The situation in Cleveland got worse at the opening of the new league year when the Browns lost their top four free agents, all starters, to other teams.

The four players to go include:

It was a rough day for the Browns’ new front office, including Sashi Brown, the new executive vice president in charge of football operations.

Now, several reports are painting a picture of a team that was ill-prepared and players who just want to get out of Cleveland as quickly as possible.

Jason Cole of Bleacher Report reports that the Browns just did not seem prepared to negotiate with anybody.

“The Browns did not seem to be prepared and ready to negotiate with those players,” said Cole. “And, agents around the NFL indicated that the Browns were not ready to negotiate with other players the Browns seemed to be interested in. In other words, there was not a coordinated effort by the Browns front office to keep their own players or to get replacements at this point in time on the first and most critical day of free agency.” NFL insider Adam Schefter discussed the Browns situation on SportsCenter. In what may be an even more damning report, Schefter says players just want to get out of Cleveland as soon as possible after their four-year rookie contracts are up.

“There were some players and some agents who said … that the Browns players treat the Browns organization like it is a college experience, four years and done,” Schefter said.

Schefter emphasized that he heard this from multiple sources and that Browns players were the ones saying this about themselves.

This is a culture that has been built up over a number of years and the team has a new front office and a new head coach in Hue Jackson. Both will have an opportunity to change the culture in Cleveland. But so far, it seems like it is business as usual with the Browns. NOW WATCH: An NBA coach gave a remarkable speech about forgiveness after his wife was killed in a car accident