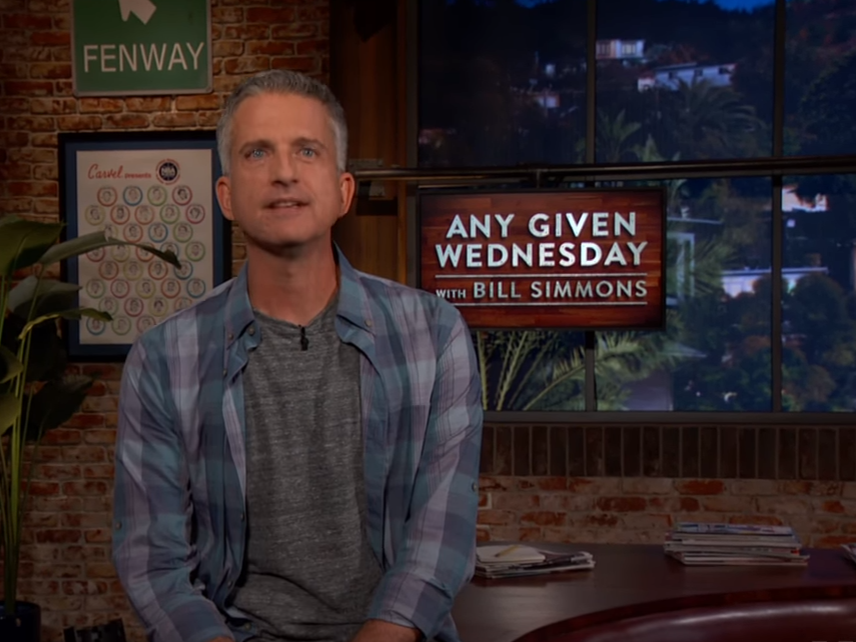 On Friday, HBO announced the cancellation of Bill Simmons’ “Any Given Wednesday” after just 17 episodes.

The move was not a complete surprise as the fledgling show was struggling to gain an audience. However, that HBO was so quick to pull the plug still left some stunned.

ESPN’s Dan Le Batard says that this is just another example of why it is a bad idea to ever leave ESPN once you are in the door.

“It is another reminder, do not leave ESPN, man,” Le Batard said on his ESPN Radio show. “ESPN is a monster platform that is responsible for all of our successes.”

“That same show that he did, would have been a success at ESPN. Same show, no difference, exactly done as he did it, would have been celebrated as a success that he could have done as long as he wanted to do it at ESPN, and HBO said ‘nope,’ after just an unbelievably short run.

“I think it would have gotten critical acclaim at ESPN for being so different. But when you compare it to Bill Maher and John Oliver and what they’re doing at HBO, and even ‘HBO Real Sports,’ that the standard becomes so high, that they did not give that any time.”

One of the biggest differences between the two networks is that ESPN would have almost certainly been far more patient with the show. Le Batard pointed out multiple times how quick HBO was to give up on the project.

Simmons, after his ugly divorce from ESPN, was also banking on his audience following him to HBO. Instead he was forced to build an audience almost entirely from scratch. At ESPN, he would have had an enormous base to draw from. Le Batard called the idea of swapping ESPN’s reach for that of HBO’s audience “one of the dangers” in doing what Simmons did.

“Be careful leaving this place, because your reach here and what those four letters (ESPN) can do for you,” Le Batard said. “Because ESPN at this point isn’t merely a sports name to sports fans. It is a habit … It is a habit, and there are very few things in entertainment that are that.”

Le Batard said he was “bummed” by HBO’s decision on multiple levels: because he likes Simmons; because HBO didn’t give the show a chance to find its voice; and because if the show had been successful it would have opened up more opportunities for similar shows.

He then went on to further emphasize why it is “crazy” to leave ESPN, noting that some make the mistake of thinking they are responsible for their own fame and success.

“You have to be careful about leaving this place because very few people have made it happen,” Le Batard said. “One of the afflictions that comes with ego is the idea that you are responsible for your success and that ESPN isn’t. You’ve gotta be crazy (to leave). They can put anybody in these positions and make them famous and make them powerful. And by formula, everybody here is disposable.”

Simmons will continue to work with HBO on other projects, but it will be a long time before the network dives into the sports talk-show game.

NOW WATCH: Cubs pitcher Aroldis Chapman has the fastest pitch on record at 105 mph — here’s how that compares to other sports