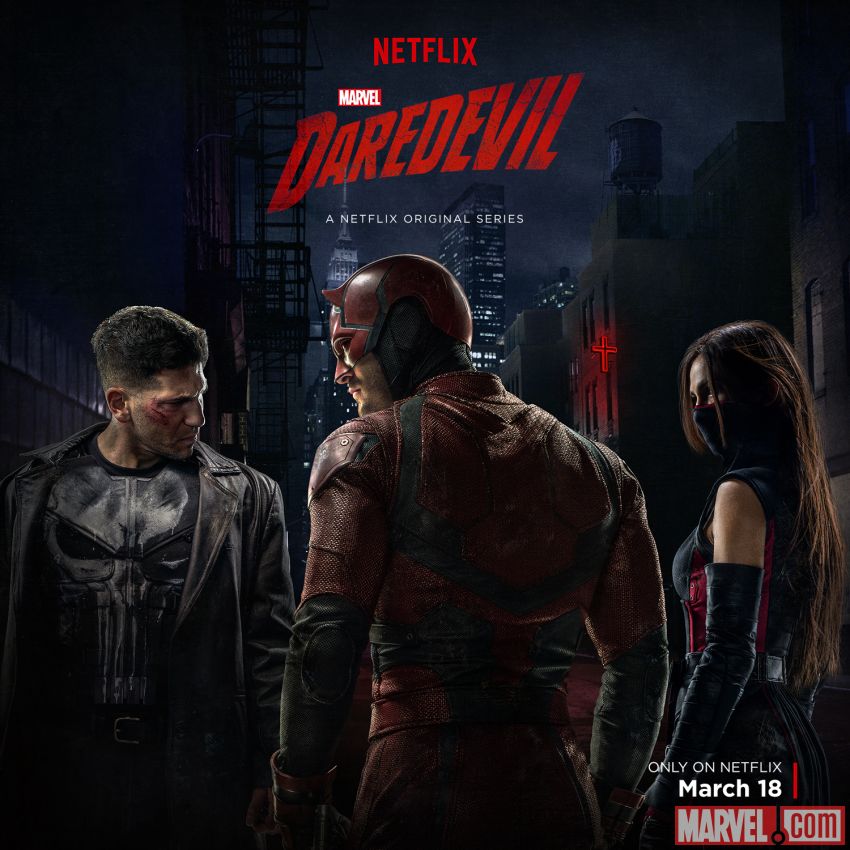 We’ve already seen both Punisher and Elektra in action, but up until now we haven’t seen a clear look at their iconic costumes. A new picture provided by Marvel changes that.

Jon Bernthal and Elodie Yung join Charlie Cox as Hell’s Kitchen faces a new series of threats. Marvel hasn’t revealed the exact plot of Daredevil season 2 though a rumor suggested the trio will face off against The Hand, an order of mystical ninjas involved in organized crime (and also hinted at in season 1).

The outfits for Punisher and Elektra don’t quite match their trademark comic costumes, but it’s still a great look at what the characters will look like when the show airs next Friday.

We’ll see the three of them in action when Daredevil season 2 premieres on March 18.