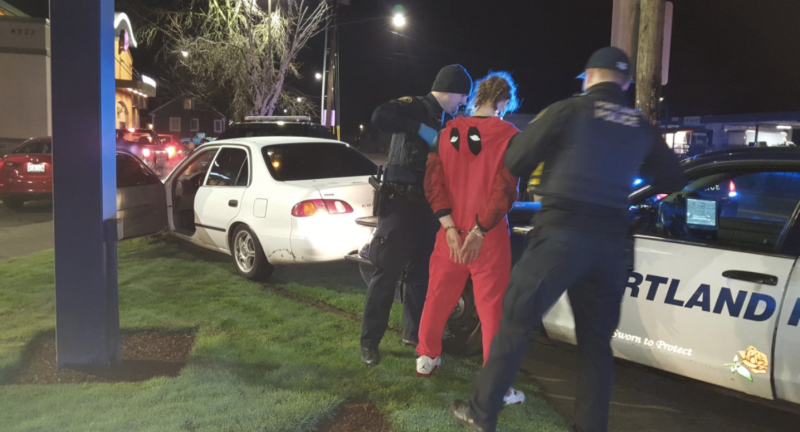 I’m fairly certain this isn’t actuallyDeadpool because the actual Deadpool wouldn’t get drunk, get the drunchies for chimichangas, drive his car onto a Taco Bell lawn and then pass out in the driver’s seat. Deadpool would have called his friend the cab driver.

Early last Saturday morning, officers from Portland, Oregon’s East Precinct arrested a guy dressed in a Deadpool onesie who had done exactly that, reports The Oregonian. Police identified the driver as 18-year-old Torren Alexander Cooksey and not Wade Wilson, thankfully.

Cooksey was booked into the Multnomah County Jail on charges of DUII and Reckless Driving.

Sgt. Pete Simpson, a spokesperson for the Portland Police Bureau, told The Oregonian: “My understanding is that he was passed out in the car when police encountered him.”

It is unclear whether or not police were also able to recover a set of katanas from the car.

Carjackers Kill Man In Front Of Family Because His Car Had A Manual Transmission: Police