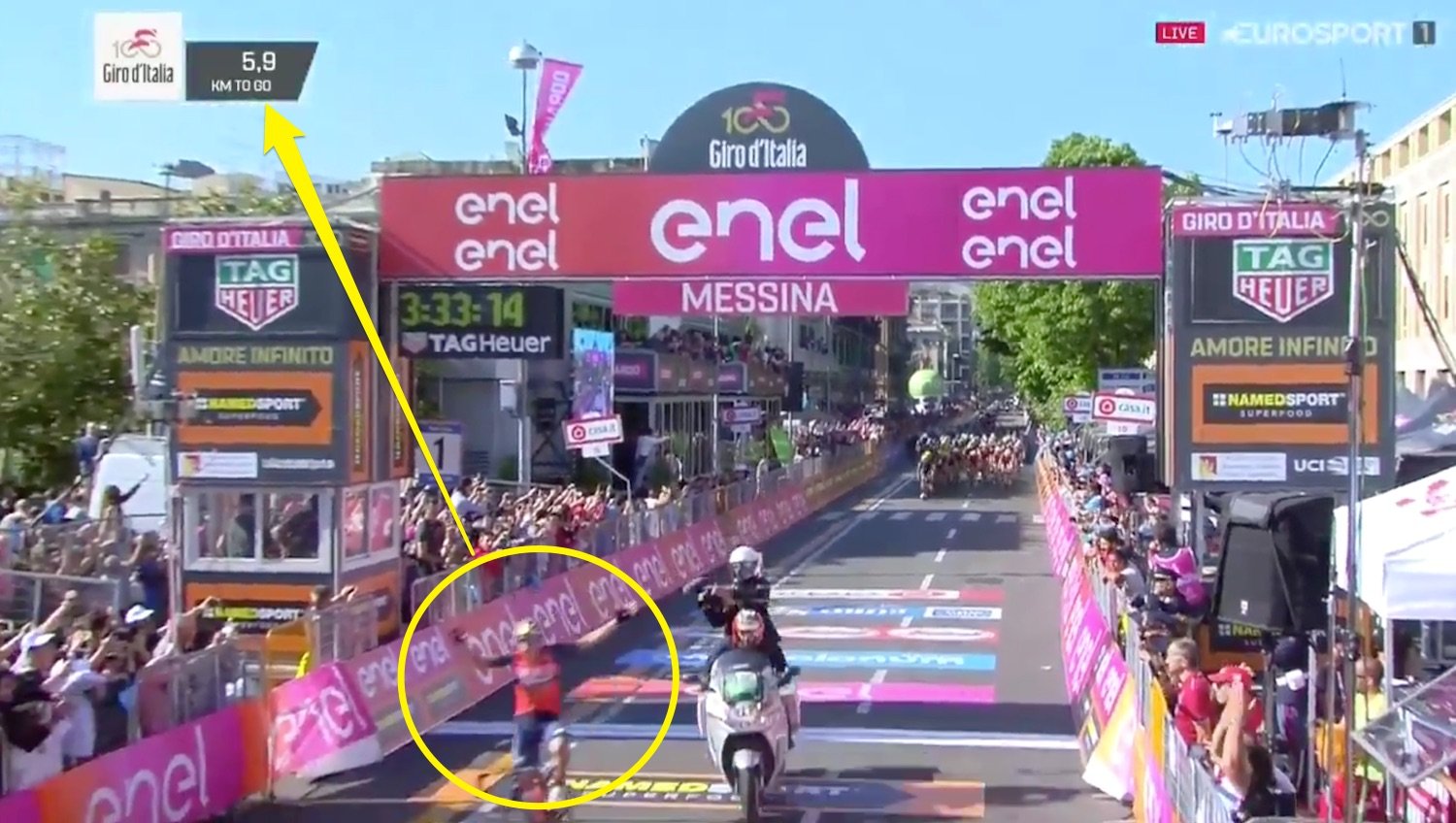 It happens now and again.

A bike racer thinks the race is over and he believes he’s won and he starts celebrating.

On Wednesday’s stage five of the Giro d’Italia, Slovenian rider Luka Pibernik of the Bahrain-Merida team was racing solo just ahead of the peloton when he approached the finish line, thinking he’d won.

That awkward moment when you celebrate too early 🙈

It would have been the greatest victory of his career, by far.

But there was another lap of the finishing circuit still to go, indicated by the guy ringing the “one lap to go” bell.

The commentator asks, “Can he not hear the bell?!”

But after there was plenty of love for poor old Luka.

“At least, for a brief moment he knows what it feels like winning a stage in a grand tour,” Dutch cyclist Theo Boss tweeted.

Pibernik will always be a winner to me.

Racing fans may remember this: