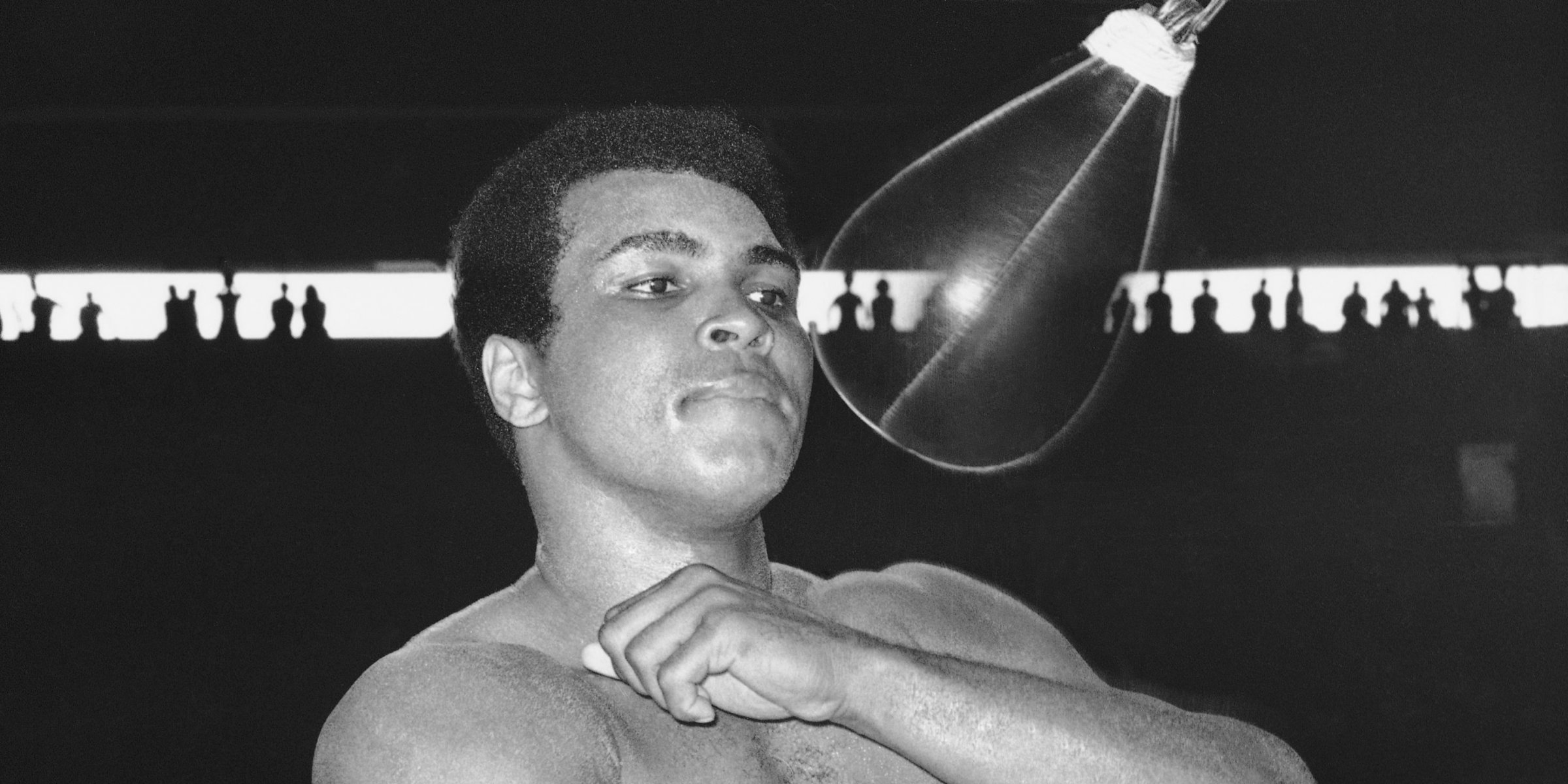 AP Photo/Jess TanMuhammad Ali, world heavyweight champion, punches a speed bag on September 29, 1975, at the Folk Art Center in Manila, Philippines, as he prepares his title fight on October 1 with Joe Frazier.

The legendary boxer had been suffering from respiratory symptoms that were linked to Parkinson’s Disease.

Since he died, prominent artists, politicians, and public figures — from Barack Obama and Donald Trump to Sean Diddy Combs and “Hamilton auteur” Lin Manuel-Miranda — have paid homage to the boxing great.

Here’s what some are saying:

God came for his champion. So long great one. @MuhammadAli#TheGreatest#RIPpic.twitter.com/jhXyqOuabi

Ali, you were generous every time I met you. Thank you for all you did for so many. Your memory will live on forever #Olympicgold#GOAT

We love you. We miss you. Rest in peace great one. #RIPALI@RevoltTVpic.twitter.com/q3hBkO5yHp

Fight in Vegas he explained boxing 2me.I Yelled,He Said Ooo-Wee Cher u got a mouth on u

Ran out of room,got caught up in memories.it was so much fun to be in ring with him.Son was like a kid pic.twitter.com/MtJERqpOJ4

This man inspired me. The Champ. Rest in peace. 2016 is a rough one. pic.twitter.com/GVA6wCenEZ

God bless Muhammad Ali peace and love to all his family. 😎✌️🌟💖

Ali, the G-O-A-T. A giant, an inspiration, a man of peace, a warrior for the cure. Thank you. pic.twitter.com/MCLyJhLC0X

He shook up the world, and the world’s better for it. Rest in peace, Champ. pic.twitter.com/z1yM3sSLH3

Paul on the passing of Muhammad Ali: https://t.co/AfhcmeL4Vqpic.twitter.com/2wuQdrAtJf

Our families would get together, just sit around and watch you fight.

You fought for so much.

You’ll always be The Greatest for more than just what you did in the ring. A champion to so many people in so many ways.

Goodbye my friend. You were Great in so many ways. https://t.co/4rY68GF8mB

Muhammad Ali is dead at 74! A truly great champion and a wonderful guy. He will be missed by all!

His may be the Greatest of 20th century American stories. Muhammad Ali, rest In peace 1942-2016

The world has lost a Legend and real Champion. #RIPMuhammadAlipic.twitter.com/0CHBR7od5N

You will always be my hero … #MuhammadAlipic.twitter.com/Rbp7Be3JAK

I met him a few times . And he was always the funniest guy in the room. So sad. pic.twitter.com/gl6hjV7Y0W

Every action’s an act of creation. #AliBomayepic.twitter.com/tS80h82zYg