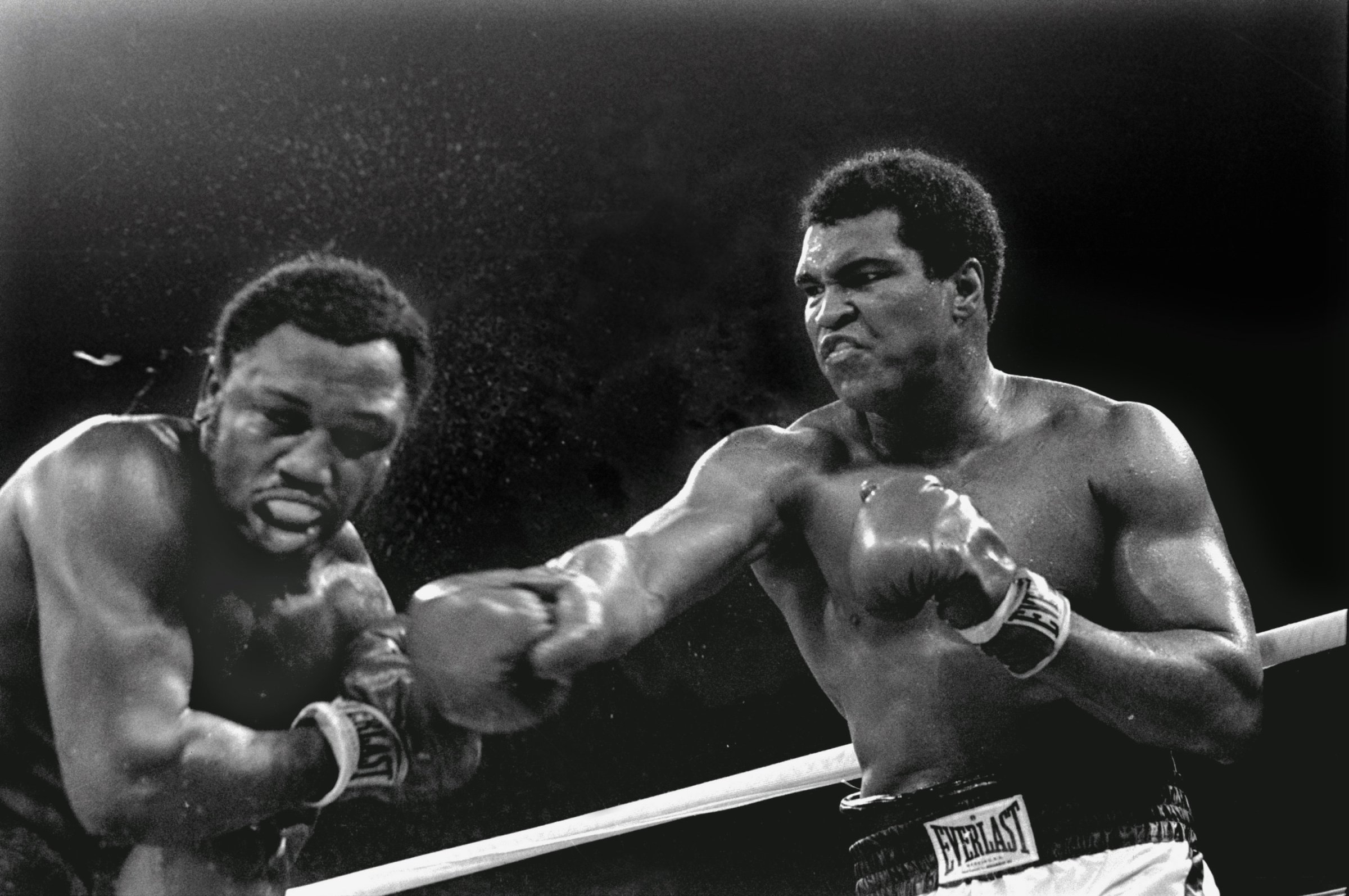 AP Photo/Mitsunori ChigitSpray flies from the head of challenger Joe Frazier as heavyweight champion Muhammad Ali connects with a right in the ninth round of their title fight in Manila, Philippines, October 1, 1975. Ali won the fight on a decision to retain the title.

Muhammad Ali, one of the world’s greatest boxers, was renowned for his lightning reflexes in the ring.

In one of his most famous bouts, Ali, then the WBC heavyweight champion of the world, delivered 11 punches in just three seconds, knocking out Brian London in August 1966, reports The Mirror.

Check out the amazing footage:

In another one of Ali’s fearsome displays of speed, he managed to dodge 23 punches in 10 seconds in a 1977 bout against Michael Dokes, reports The Independent.

Ali, then 35 and coming to the end of his illustrious career, was still the best of the best.

Here’s a GIF of the dodges, with a classic shimmy at the end:

And here’s a video of some of Ali’s greatest hits:

Ali died on Friday night from respiratory complications related to Parkinson’s disease at the age of 74.

SEE ALSO:Muhammad Ali will be on the cover of Sports Illustrated for the 40th time