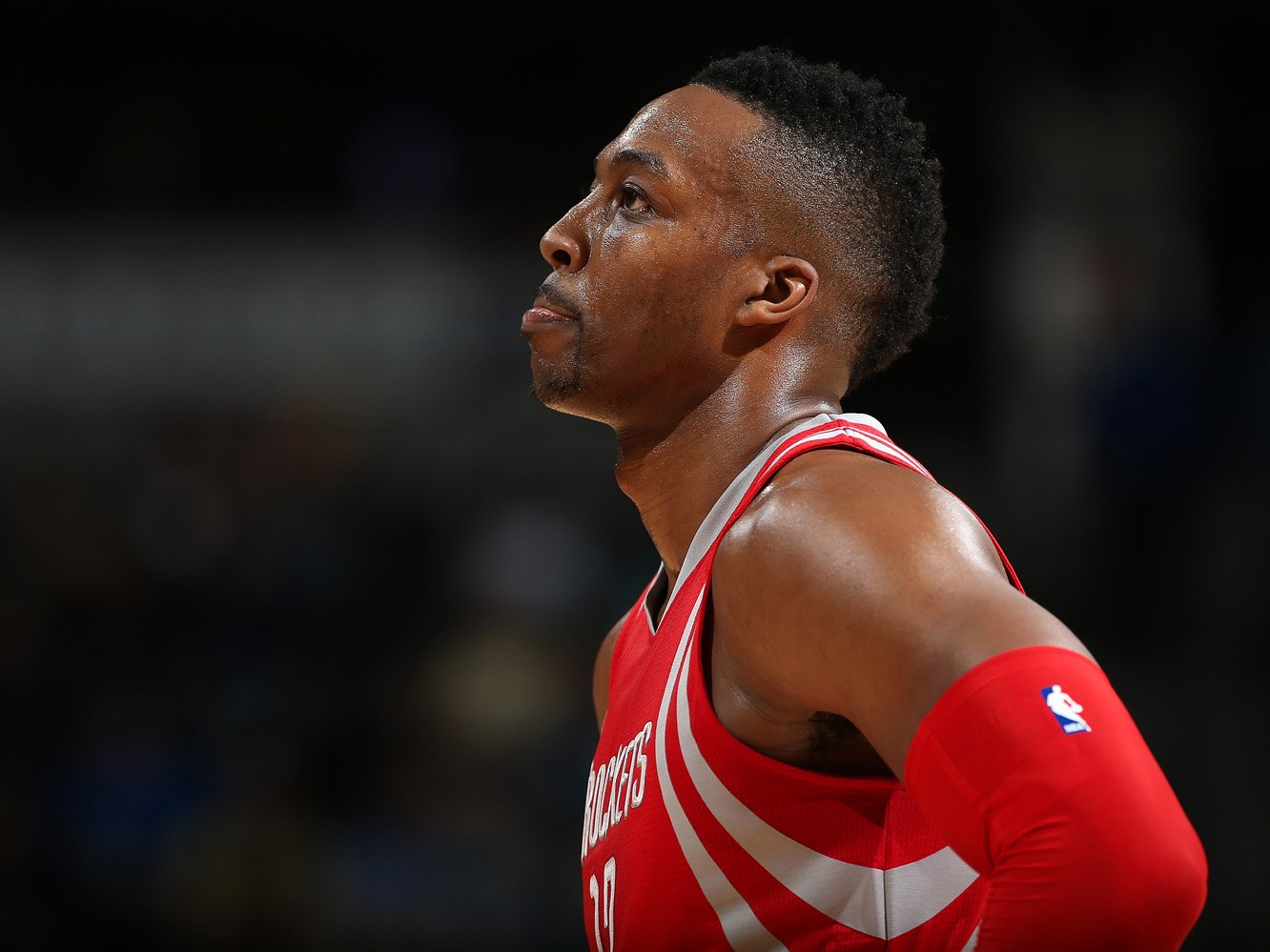 Anthony Davis says he’s been playing with an injured shoulder for 3 years, and it’s alarming

The Houston Rockets have been the NBA’s most disappointing team this season.

After grabbing the second seed last year and making the Western Conference Finals, the Rockets currently stand at just 35-35, one game away from being out of the playoffs.

Surrounding the Rockets’ bizarre season has been Dwight Howard’s up-and-down play and his seemingly fractured relationship with the team. Howard’s name swirled in trade rumors before the trade deadline in February, but he ultimately wasn’t moved. He’s expected to turn down a $23 million option this summer to become a free agent.

USA Today’s Sam Amick caught up with Howard and spoke to him about his play this season and his future. Howard did little to dispel the notion that his time with the Rockets may be coming to an end, particularly as he denounced the way the Rockets play. Houston famously runs a forward-thinking offense that relies on fast-paced pick-and-rolls that lead to a high volume of three-pointers and shots at the rim.

“The way the (NBA) game is played (now), it’s all outside-in, it’s threes, it’s super-fast. It’s really like [big men are] dinosaurs, and they’re trying to extinct us. But the Ice Age will not come, and we will not be extinct,” Howard said.

Howard, for all of his dominance and otherworldly athleticism, has never quite lived up to the billing of a classic, post-up big man, despite his attempts to. He’s a defensive force and the threat of him rolling or cutting to the basket makes him a threat on offense, bending the defense to give other players open windows. Nonetheless, he compared his game to two all-time great big men, who bear few similarities to him.

“You watch a guy like Shaq (O’Neal) or Kareem (Abdul-Jabbar) and all these guys, and I don’t know if they would want to just play with guys shooting threes and stuff like that. They want to be fed, but it’s the evolution of the game. And the way you stay relevant is trying to find ways to play without focusing on not getting the ball … I think it’s all just a mindset. Some teams are better at it than others.”

Howard’s stats are down this year. He’s averaging 14.5 points and 12 rebounds per game on just eight field goal attempts per game, his lowest since his rookie year. Yet Houston seemingly feeds Howard the way he wishes. According to NBA.com/Stats, 30% of Howard’s offensive possessions come in the form of post-ups. He’s averaging just .82 points per possession (ppp) on 44% shooting on post-ups. Only six other players in the NBA who have at least 150 post-up possessions this season average fewer ppp.

“Since I’ve been in the NBA, especially when we (were) in Orlando and (then-coach) Stan (Van Gundy) got there, he made a big emphasis on playing inside-out, and really just playing a bully-type style of basketball. And we did pick and rolls too, so it was kind of like a mixture. That’s what threw teams off. It wasn’t (just) me getting post-ups so I can always score, but it was doing that to free up our shooters, to give them more space to really shoot the ball.

“I feel like that’s a very successful way of playing. I know (the Rockets) have their opinions or whatever.”

Perhaps ironically, those Magic teams helped set the template for fast-paced, inside-out, pick-and-roll basketball that much of the NBA emulates — like Howard’s Rockets. Howard’s memory of those teams playing a “bully-type” offense may not be accurate. Howard got more field goal attempts, but he also didn’t play with a high-volume scorer like James Harden.

Howard also shot down the notion that he doesn’t get along with Harden, as the two haven’t had the most harmonious relationship on the court. However, Howard didn’t give them a very long time frame for creating better synergy on the court.

“We both have to figure out how we’re going to make this thing work,” Howard said. “It’s on us. We’ve got the rest of the season, and the playoffs, and we can do it.”

Again, while it’s assumed Howard will opt out of his contract to make more money on his next deal, a two-month time frame, from the end of this season to the playoffs, doesn’t make him sound like a player who will return.

The bigger question is where Howard fits going forward. Nobody doubts his talent, but his mindset and health are huge factors. Howard is further proving he views himself in a different sense than what statistics show and what the rest of the NBA sees. He’s not a go-to post scorer, but can be hugely effective in other facets of the game. But how many teams are willing to pay huge money for a 30-year-old center, with a history of injuries, who still hasn’t accepted his role?

NOW WATCH: This snowmobiler tore across St. Paul and performed some epic stunts along the way