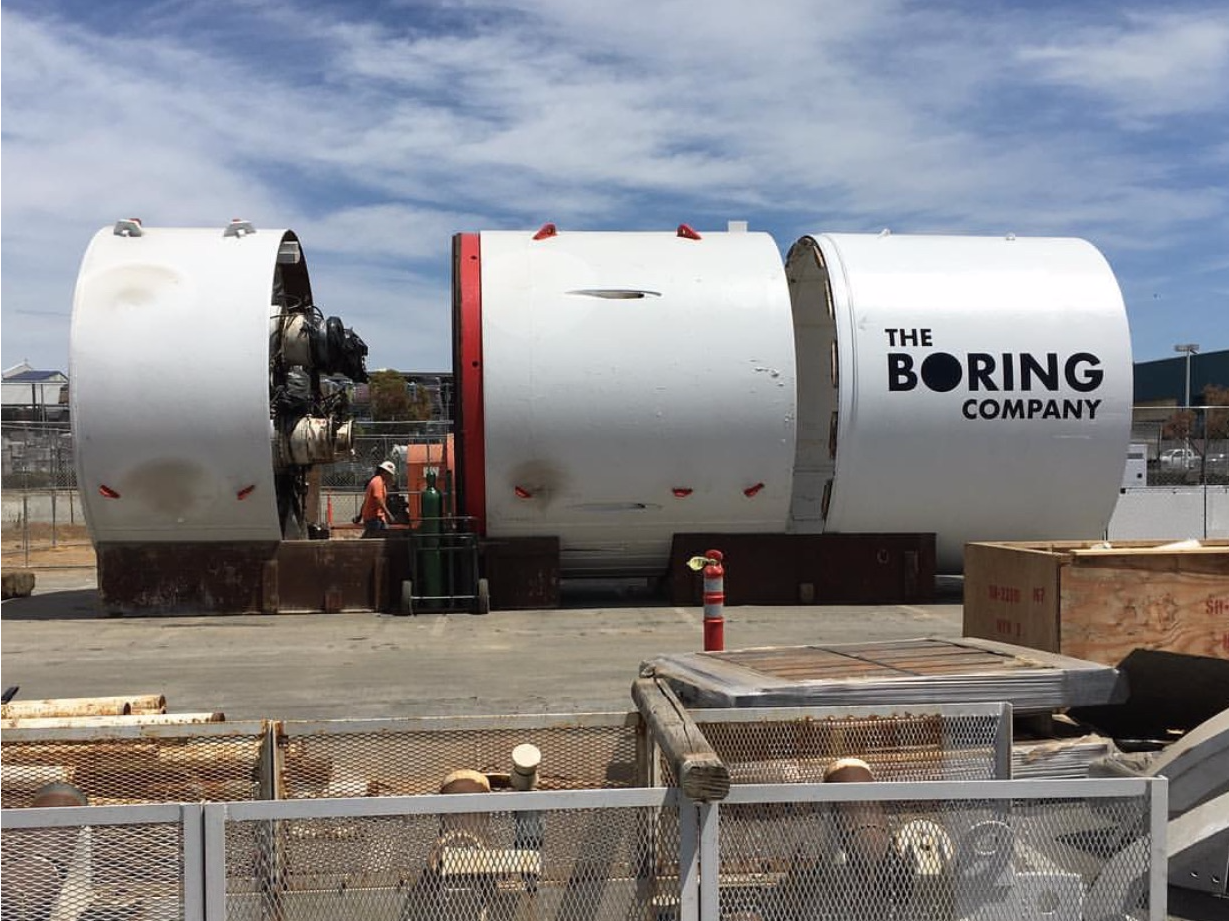 The CEO of Tesla and SpaceX on Friday announced that the company had begun digging its first tunnel. He also shared photos and video footage of the company’s giant tunneling equipment in action.

With the Boring Company, Musk aims to build a network of underground tunnels in Los Angeles that would move cars on electric skates. The electric sled would allow for cars to be transported at 125 mph through the tunnel, Musk claims.

The company is currently digging a demo tunnel in the SpaceX parking lot.

On Friday, Musk said via Instagram that the first full-length tunnel would run from the Los Angeles Airport to Culver City, Santa Monica, and Sherman Oaks. Los Angeles city officials did not immediately respond to a request for comment about whether the company had actually gotten approval for such a project.

The company’s first “Boring Machine” is named “Gardot” and will be several hundred feet long once it is complete.

Musk first showed a visualization of how the tunnel system could work in an April TED Talk. Basically, a car elevator would send the vehicle underground. The car would then shoot through the tunnel on the skate.

Musk posted a video of a demo of its electric sled in action on Friday.

[Warning, this may cause motion sickness or seizures] This is a test run of our electric sled that would transport cars at 125 mph (200 km/h) through the tunnels, automatically switching from one tunnel to the next. Would mean Westwood to LAX in 5 mins.

He also showed off the company’s first Boring Machine.

Boring machine segments have been lowered into the starter tunnel. Going through final assembly. Will be a few hundred feet long when complete.

A video of the cutterhead, which is the part of the machine that will cut through the ground, shows just how giant the tunneling machine is.

Cutterhead in operation at standard industry speed. Planning to jack this up by a factor of ten or more.

Another image shows the outside entry to the tunnel.

And a video shows the view from inside the tunnel.

First tunnel for The Boring Company begins … Full length of first tunnel will run from LAX to Culver City, Santa Monica, Westwood and Sherman Oaks. Future tunnels will cover all of greater LA.