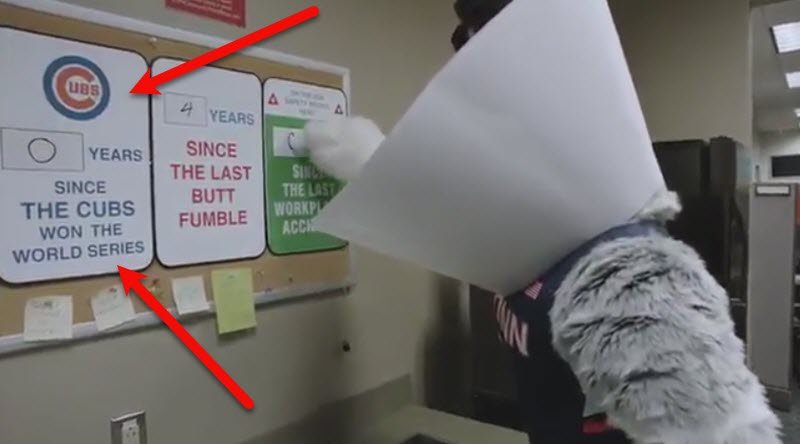 The Chicago Cubs are World Series champions for the first time in 108 years after beating the Cleveland Indians in a thrilling Game 7.

Almost immediately after the game, ESPN released a new commercial in their popular “SportsCenter” behind-the-scenes series that brilliantly honored the Cubs’ victory.

In the commercial, “SportsCenter” anchor Jay Harris walks into the office kitchen. On the wall, next to the more well-known “Days since the last workplace accident” sign is another sign that reads “Years since the Cubs won the World Series.” Harris makes a quick edit and then is followed by the UConn Huskies mascot wearing a canine cone who then makes an edit to the other sign.

And don’t sleep on the sign on the middle, which is by far the funniest of the three. It reads, “4 years since the last butt fumble.”