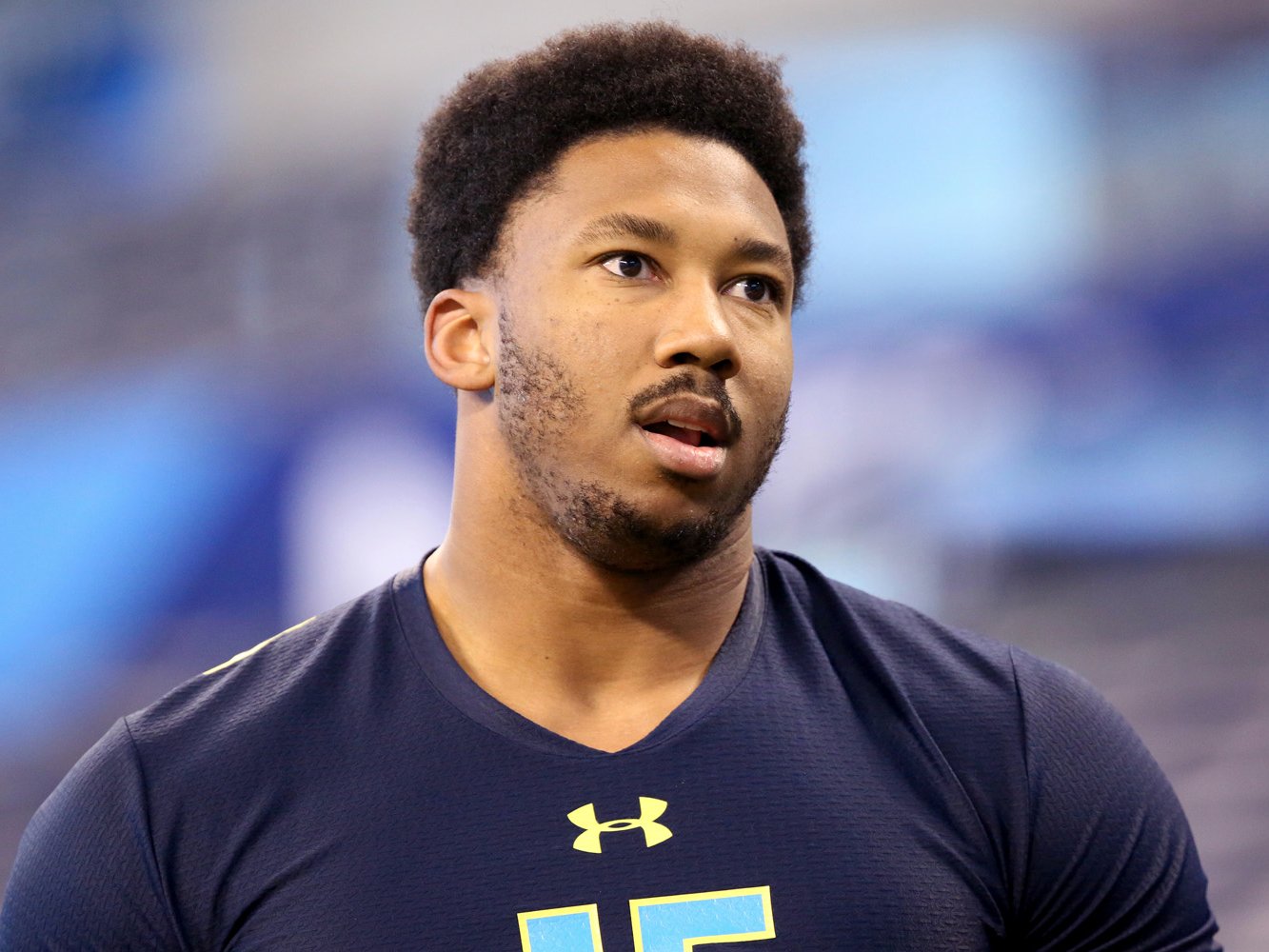 Shortly before the Cleveland Browns took Texas A&M defensive end Myles Garrett with the No. 1 pick, ESPN analyst and former NFL head coach Jon Gruden declared Garrett “is not the best player in the draft.”

Garrett was the consensus top pick throughout the entire pre-draft process, and sure enough, the Browns, after some reported waffling, took him with the top pick.

And while Garrett is an athletic force who wreaked havoc on offensive lines in college, Gruden believes there’s a red flag when it comes to Garrett’s effort.

“I think he has all the talent in the world,” Gruden said. “He’s a genetic freak. But he’s not the best player in this draft.”

Here’s one of the plays ESPN showed while Gruden spoke:

Of course, prior to Gruden’s criticism, ESPN’s draft expert Mel Kiper defended Garrett against such criticisms.

“He can play like no other when he is at 100% physically, which he wasn’t this year,” Kiper said.

Kiper also pointed to the higher number of downs in college football, noting that Garrett may have taken some plays off, which is not unusual. Kiper said many scouts said the same thing about Carolina Panthers defensive end Julius Peppers, who has been one of the NFL’s best pass rushers during his career.

There was very little competition for the No. 1 spot, meaning scouts and executives still believed that Garrett, despite any flaws, was the best player in the draft. However, at the first sight of laziness during an NFL game, people are sure to jump on him for any lack of effort.

Watch the entire clip below: