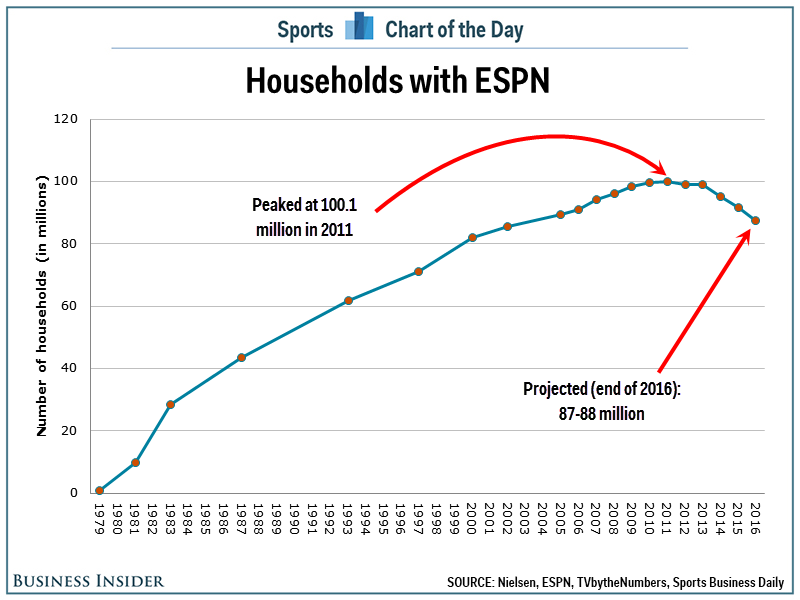 The number of homes with ESPN has dropped below 90 million for the first time in a decade as the Worldwide Leader in Sports continues to bleed subscribers at an alarming rate.

As Clay Travis of FoxSports.com notes, ESPN has lost over 1.5 million subscribers since February alone. If that pace continues — and data from the last three years suggests it will — the number of homes with ESPN will likely fall to at least 87-88 million by the end of the year. That would mark a 12-13% drop in just the last five years, since the network peaked with 100.1 million subscribers in 2011.

This is a troubling trend for a network that generates 60% of its revenue from subscription fees charged to cable and satellite companies. It is also just another sign that ESPN is going to have to get more creative with generating web subscribers and offering ESPN as a standalone product, much like HBO has done with HBO Now.