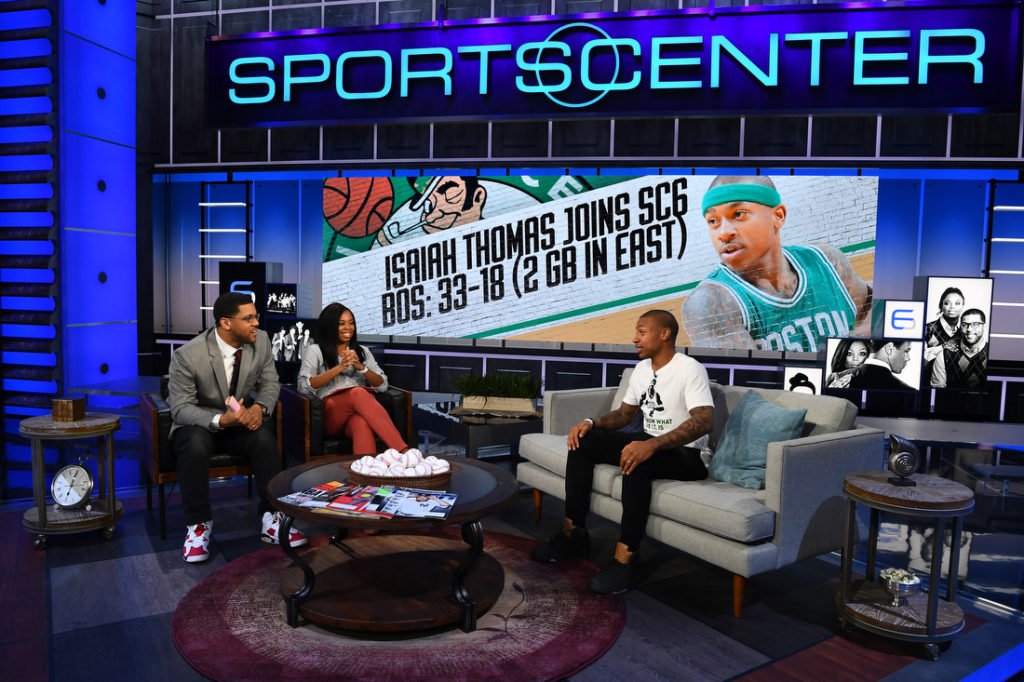 ESPN made headlines recently for their latest round of layoffs, jettisoning approximately 100 employees, including dozens of well-known on-air personalities.

In the immediate aftermath, accusations flew about why the self-proclaimed “Worldwide Leader in Sports” had to lay off employees. Many blame ESPN’s perceived “liberal bias,” pushing conservative-minded viewers away and for too often dipping its toes into “politics” (i.e. topics that some people are uncomfortable discussing but that may or may not actually have any direct ties to real politics).

Those accusations were raised again against ESPN Radio’s “The Dan Le Batard Show with Stugotz” when they interviewed comedian Hasan Minhaj, a correspondent on “The Daily Show” and the host of this year’s White House Correspondents’ Association dinner .

Le Batard immediately fired back at the complaints, noting that they have interviewed several well-known people with conservative viewpoints, including President Donald Trump.

It is also worth noting that ESPN has also twice divorced frequent Trump-basher Keith Olbermann and continues to employ conservative columnist Will Cain.

Le Batard went on to explain that the accusations of liberal bias are just coming from people who are “bothered” by ESPN’s attempt to offer a diversity of viewpoints.

“There are more minorities on ESPN with strong voices than at any time in the history of the company,” Le Batard said. “That has evidently made some people bothered.”

Le Batard qualified his remarks by saying it is possible that some people “just don’t like” those minority voices, including his own and other prominent minorities at the network, including Stephen A. Smith, Bomani Jones, Michael Smith, and Jemele Hill. However, he called it “unusual” and “suspicious” that so many of the people complaining about the liberal bias at ESPN are white, and the people they wish had been fired during the layoffs are all minorities.

Smith, who is arguably the face of ESPN these days, was often named as somebody who should have been fired.

Le Batard’s father, who serves as a co-host and a bit of comic relief on ESPN’s “Highly Questionable,” has been a frequent subject of these attacks also.

Le Batard also discussed ESPN’s recent announcement that Beth Mowins would become the first woman to call an NFL game in 30 years and how that is an example of people being bothered by ESPN trying to increase diversity in an industry that has long been mathematically dominated by white men.

“You’re allowed to not like it. You’re allowed to not want a woman to talk her sports with you. You’re allowed to find it weird. But the thing that is actually weird is that in 2017, this is still something you notice, when a woman is doing [an NFL] game. And if ESPN is forcing that agenda down your throats, why is that bad? Like, I ask you genuinely curious. Why would that be bad if ESPN says, ‘You know what, we are going to rectify what has been for a long time, a mathematical, lopsided, stats game’?” In addition to Le Batard’s radio show, which is simulcast on ESPNU and ESPN2, the show most often cited as an example of ESPN’s overall liberal bias is the new “SC6,” an hour-long “SportsCenter” hosted by Smith and Hill, a show that takes up 1.04% of the total air time on ESPN’s top four networks.

As a frequent viewer of “SC6,” I have never felt there was a political agenda or liberal bias. That doesn’t mean others can’t feel differently. But I do wonder if people complaining have actually watched the show for any significant amount of time.

And as Le Batard points out, it is suspicious that people keep pointing to the one show that happens to have two black hosts.